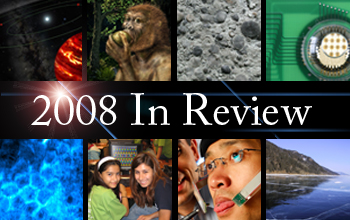 Here are some of the NSF-supported advances and activities that made headlines in 2008. 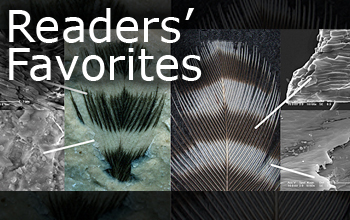 The news and features that were selected most often by the growing number of visitors to the NSF Web site are also listed. 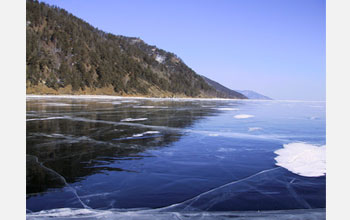 Winter ice on Lake Baikal may soon be less frequent, a result of global warming. 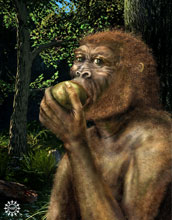 Researchers examined the teeth of Paranthropus boisei, also called the "Nutcracker Man," an ancient hominin that lived between 2.3 and 1.2 million years ago. The "Nutcracker Man" had the biggest, flattest cheek teeth and the thickest enamel of any known human ancestor and was thought to have a regular diet of nuts and seeds or roots and tubers. But analysis of scratches on the teeth and other tooth wear reveal the pattern of eating for the "Nutcracker Man" was more consistent with modern-day fruit-eating animals. 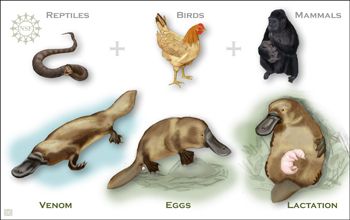 New genome research proves platypus DNA is an equally cobbled-together array of avian, reptilian and mammalian lineages that may hold clues for human disease prevention. The male platypus has venomous spurs on his hind feet with poison very similar to that of reptiles. The female lays eggs like birds and lactates to feed their young just like mammals.

A researcher swims with a jellyfish species known as Chrysaora on the coast of Argentina. (The researcher's wet suite protects him from the jellyfish's sting.) To learn about jellyfish research, visit the National Science Foundation's Special Report on jellyfish; Jellyfish Gone Wild: Environmental Change and Jellyfish Swarms. 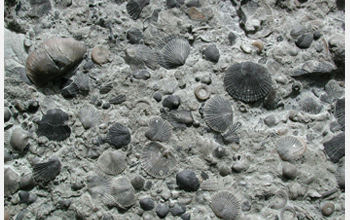 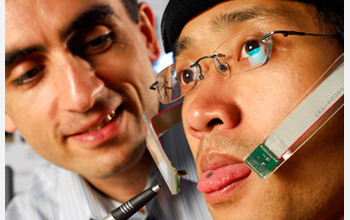 MIT's Matthew W. Kanan and Daniel G. Nocera explain how they recently discovered a catalyst that produces oxygen gas from water. Deposited on a conducting glass electrode, the catalyst made from the earth-abundant materials cobalt and phosphate produces oxygen gas from neutral pH water using a relatively low potential at room temperature and pressure. Although the catalytic reaction is not yet fully understood, its discovery moves the center one step closer to reaching its goal of using the sun's energy and water as a renewable energy source. 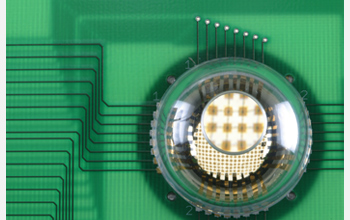 The electronic-eye camera developed by researchers from the University of Illinois at Urbana-Champaign and Northwestern University. The array of pixels is visible through the magnified image created by the lens. 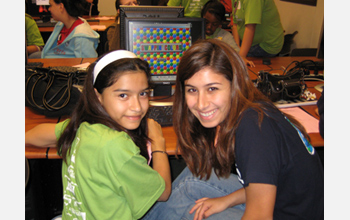 A high-school student demonstrates a game she developed, and solicits feedback from a middle-school student. In this game, players work with colored balls that fall from above. Each ball displays a math problem and the object of the game is to move around the buckets at the bottom of the screen to match the problem to its correct answer. 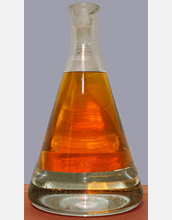 The physical properties of Virent's Biogasoline product spontaneously separate from water. This requires very little energy for processing compared with the energy-intensive process of distillation required for ethanol purification. 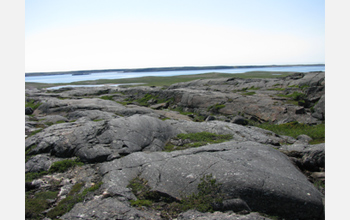 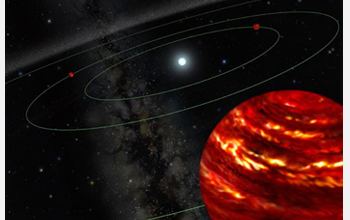 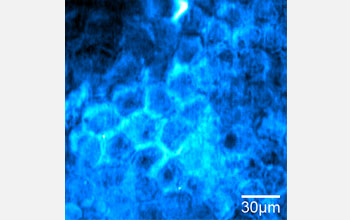 This SRS image shows diffusion of retinoic acid (blue), a common drug for acne, through the top layer of the skin, or stratum corneum. Retinoic acid diffuses through the lipids of the stratum corneum, seen here at the edges of skin cells (polygonal shape), and is visualized by tuning the Raman shift into the characteristic band at 1570cm-1. 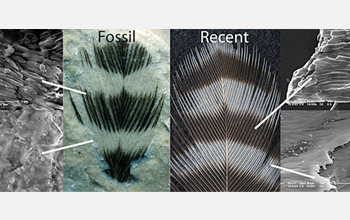