Detecting Hidden Groups on the Internet

In the free-form clamor of the Internet's discussion groups and other public forums, researchers at Rensselaer Polytechnic Institute want to listen for the whispers of groups trying to stay hidden. 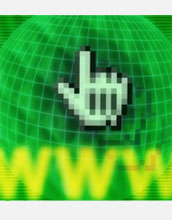 In the free-form clamor of the Internet’s discussion groups and other public forums, Mark Goldberg, Malik Magdon-Ismail and their colleagues at Rensselaer Polytechnic Institute want to listen for the whispers of groups trying to stay hidden.

Since September 11, 2001, some have feared that general-interest Internet forums could be co-opted by terrorist groups to camouflage coded messages. To detect those groups amidst unrelated Internet traffic, the RPI team has combined statistical learning algorithms, graph theory, social network theories and other methods to trace the patterns of message exchange and study how these patterns evolve.

From the evolving patterns alone -- and without the need to read or understand the messages themselves -- they can reverse engineer the social networks that form naturally among discussants, as well as the messages exchanged among the members of groups that had been concealing their communications.

The work was initially supported by NSF's directorate for Mathematical and Physical Sciences through the Approaches to Combat Terrorism program, which supports new concepts in basic research and workforce development with the potential to contribute to national security. Goldberg, Magdon-Ismail, Bulent Yener, William Wallace and Mukkai Krishnamoorthy were subsequently awarded an Information Technology Research award to expand techniques developed with the earlier grant and make them practical for real-world Internet discussion groups.