Implicit Association Tests can help individuals identify their own unconscious biases, and use that knowledge to help avoid discriminatory behavior. 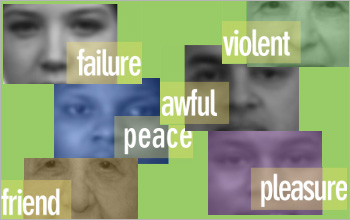 The IAT provides a new view of unconscious bias that is difficult to believe at first.

Scene:  a middle-aged manager and her new employee, a young woman just out of college, approach an information booth in a Midwestern city. The manager -- highly educated, fashionably dressed, and African American -- asks the woman behind the counter for directions. Rather than giving the rather complex directions to the black executive who just asked, the white woman behind the counter addresses only the new employee, who also is white.

"It happens all the time," says the executive as the two walk away. She suggests that the woman in the information booth probably didn't even realize she was behaving in a subtly biased manner. (For her part, the young white woman is too embarrassed to admit that she barely took note of what happened until her new boss pointed it out.)

Psychologists have long suspected that a culture can imprint bias against stigmatized groups so deeply on the human psyche that people are virtually unaware of it. Although anecdotes like the above story abound, scientifically proving that unconscious bias exists can be problematic.

Consider how difficult it is to prove even conscious prejudice: a bigot can hide prejudice by simply denying it. So how much more daunting must it be to identify attitudes so deeply buried that they remain hidden even to oneself?

NSF-funded social psychologists Anthony Greenwald, of the University of Washington, and Mahzarin Banaji, of Yale University (now at Harvard University), have developed a unique and statistically powerful tool to identify and quantify either hidden or unconscious attitudes. The key to their approach lies in the way we associate words or images. Previous psychological studies had established clear links between hidden attitudes and the tendency to assign positive or negative characteristics to others. For example, repeatedly studies have shown that people rate attractive women and men higher in categories ranging from character to intelligence. In other studies, research participants have rated athletes wearing black uniforms as being more aggressive, and have even remembered an individual as being taller when introduced as a full professor than when introduced as a more junior faculty member, and remembered the same individual as being shortest of all when introduced as a student.

Since the mid-1990s, Greenwald and Banaji have been developing and expanding a bias-assessment tool they call the "Implicit Association Test (IAT)" (Implicit.harvard.edu). The test asks people to sort words or pictures into one of two columns as they flash onto a screen, and then measures their rate of sorting errors and speed of test completion as these stimuli appear with varying instructions.

In one version designed to test racial bias (available on the World Wide Web at http://www.tolerance.org/hidden_bias/), the first items to sort are faces identifiable racially as either black or white. The next items to be sorted are words associated with positive qualities (peace, pleasure, friend) or negative qualities (violent, failure, awful). Almost all research participants find it easy to do these sortings.

Next, participants are asked to sort words into combined categories, assigning positive words and white faces to one column, and negative words and black faces into the other. As the items flash on the screen -- peace, [white face], awful, [black face], friend -- the vast majority of people continue to have little trouble at the sorting task.

The signals of bias appear in the next step, when people are asked to reverse the process: to group positive words with black faces, and negative words with white faces. Intellectually, the task should be precisely the same difficulty as the previous step. However, most test-takers take longer and make more errors when trying to group good qualities with blacks -- and, in other versions of the test, with other socially stigmatized groups. The cultural imprint appears to cross racial lines: in the black-white version of the test, many African Americans also struggle with the last portion of the test, but not as large a percentage as European Americans.

Overall, a high percentage of those who take the test make more errors and take more time as they struggle to accomplish the final task. The strength of the IAT's effect has surprised and impressed other scientists.

Over 1.5 million tests on the Internet have been completed internationally. Consistently, results show that people struggle on the bias-flagging portion of IATs involving stigmatized groups ranging from Aboriginals in Australia to Turks in Germany. In other versions of the test, people show strong preferences for young versus old, or have far more difficulty grouping women's names with words having to do with science (chemistry, biology), than with arts (drama, poetry). This last result is as apparent in responses of women as in those of men.

The researchers have also adapted the test to identify more benign sorts of associations, including the preference for self versus others.

Greenwald admits that, early in the IAT's development, he was unsettled to discover how much he himself struggled with the final step. "This technique has such a strong effect that it was possible to see it in my own performance, as I was doing it, and that was both disturbing and quite remarkable," he says.

With funding from the Social Psychology Program, Greenwald and Banaji have fashioned additional versions of the IAT, and are developing its practical applications. Greenwald suggests that one of the test's most useful applications can be to help individuals identify their own unconscious biases, and use that knowledge to help avoid discriminatory behavior. He notes that at least one colleague has administered the test both before and after students take a college course on prejudice and stereotyping, and that their performance on the IAT actually showed a decrease in automatic bias after taking the class.

People need to know, he says, that "you've got these things going on automatically. You may not approve of them, but they're there. And you've got to expect that they might influence your behavior unless you're actively trying to avoid acting in a biased manner."

Since its inception, additional versions of the IAT test have been developed to assess hidden bias with regard to race, gender, age, and sexual orientation. The IAT tests are available to the general public at Tolerance.org, an educational web project of the Southern Poverty Law Center. The IAT section includes an IAT tutorial, information on the science behind the tests, the tests themselves, and suggestions for action. Continued use of the IAT test in both scientific and mainstream cultural applications promises to bring a deeper understanding of social behavior.

Banaji notes, "There is no question in my mind that these initial results are only the beginning of new learning about the nature of unconscious social cognition and its pervasive influence in human affairs. Some of the discoveries to date are ones that we would not have anticipated and even fly in the face of common sense and our own predictions."