The 2003 Nobel Memorial Prize in Economics: Analyzing Data with Irregular Trends and Volatility

Good statistical methods can show how to forecast data series that follow irregular trends and series with ever-changing volatility. 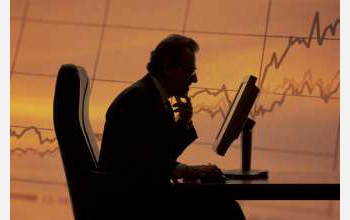 The stock market is notoriously risky. Short-term ups and downs can be confined to a narrow range or exhibit large and erratic swings. External events can move the market far from its current level or it may hover around the same level for a long time. Investors and policy makers are very interested in measuring and predicting such risks, even if they cannot predict whether the market will go up or down.

Analysts faced with the difficult task of predicting risk generally find that the risk changes over time – the same investment is sometimes very risky but not at other times. Recent history is a good guide, but distant history may also provide important information. Market volatility is usually a good measure of risk.

Stock market data are not the only data that are difficult to analyze statistically. Other examples include the gross domestic product (GDP), wealth and consumption, exchange rates and price levels, and short- and long-term interest rates. Forecasts of such large series must account for random fluxuations and other erratic behavior of the series.

For their discoveries of statistical methods that deal with these dilemmas, Robert Engle, a professor at New York University; and Clive Granger, professor emeritus at the University of California-San Diego, won the 2003 Bank of Sweden Prize in Economic Sciences in Memory of Alfred Nobel.

Robert Engle’s discovery was a major breakthrough for dealing with data whose predictability varies over time. His “ARCH” models consider a current variance as a function of the variances in previous time periods. These models have become indispensable tools not only for researchers, but also for analysts of financial markets, who use them in pricing assets and in evaluating portfolio risk.

Clive Granger was recognized for developing methods for analyzing data that follow long-term irregular trends. Although time series with such irregularities are extremely difficult to analyze, Granger discovered that multiple series can be combined in such a way that the group exhibits statistical properties that permit rigorous analysis. He called this phenomenon "cointegration." Granger then developed methods to perform statistical analyses for systems where short-term trends are affected by large, random disturbances and where changes in the long run are minimized by other economic forces. These methods have been helpful in improving forecasts and are used by the Federal Reserve System, the International Monetary Fund, and central banks.

Their discoveries and methods -- resulting from more than a quarter-century of research supported by NSF's economics program -- have become invaluable to researchers, financial analysts, and, by extension, government policymakers and investors.

Related Websites
The Bank of Sweden Prize in Economic Sciences in Memory of Alfred Nobel 2003: http://www.nobel.se/economics/laureates/2003/index.html