Archaeology of the Stars 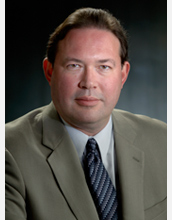 In the shadow of the Andes Mountains, near Chile's northern tip, archaeologists scour the Atacama Desert for traces of the mysterious culture that flourished there thousands of years ago. The Chinchorro people left no written record, but they did leave hundreds of meticulously preserved mummies. From carbon-14 analysis, scientists have dated the earliest to 5050 B.C., two millennia before Egyptians began mummifying their dead.

Meanwhile, on a cloudless mountaintop near the southern reaches of the Atacama, other researchers train their eyes toward the sky. The astronomers at the European Very Large Telescope (VLT), a system of four 8-meter telescopes on Chile's Cerro Paranal, seek their own ancient relics: stars born many billions of years before our sun. Using another atomic clock, this one based on uranium-238, scientists have now made precise calculations of a few such stars' ages. Astronomers know these stars began burning when the universe was young, making their ages a lower bound for the age of the universe itself.

Timothy Beers, university distinguished professor of astronomy and physics at Michigan State University, is one leader in this celestial hunt. In 2001, he co-authored a Nature paper describing a new method for gauging stellar age: measuring the amount of radioactive uranium-238 currently inside a star and comparing that to the amount it contained at birth. Previous methods tracked thorium-232 decay, which delivers less precise estimates. Using their novel technique, Beers and his colleagues age-dated a star they observed with the VLT. They clocked that star's age at 12.5 billion years, supporting models that put the universe's age between 13 and 14 billion years.

Uranium dating exploits the same principle as carbon dating, used since the 1950s to investigate mummies, fossils and other objects found on earth. As with most elements, carbon and uranium nuclei can contain varied numbers of neutrons, along with their fixed number of protons. Some forms, or isotopes, are stable, while others decay to more favorable configurations. Carbon-14 undergoes beta decay, expelling an electron and transforming a neutron to a proton to form nitrogen-14. Uranium-238 decays by alpha emission, losing two neutrons and two protons to become thorium-234, which in turn decays to more stable products, such as lead and bismuth.

Each process unfolds at a characteristic rate, measured in half-lives. The half-life of carbon-14--the amount of time it takes half of a given sample to decay to nitrogen-14--is 5,730 years. The half-life of uranium-238 is 4.46 billion years. To scientists, both decay processes are like cosmic hourglasses, with carbon turning over relatively quickly and uranium trickling away much more slowly. That makes carbon a good timekeeper for terrestrial matter and uranium ideal for stars.

The carbon clock offers another plus for archaeologists: it comes imbedded in all the wood, fibers and bones the researchers study. By taking a tiny sample to the lab, they can read the age directly off an artifact.

Astronomers have a tougher task. When the subject is stars, it is impossible to pinch off a piece to take home--CS 31082-001, the star of Beers' 2001 paper, twinkles near the outer edge of the galaxy, 13,000 light years from here. So Beers and his colleagues examine the electromagnetic signals stars naturally radiate. By observing the wavelengths that reach the earth, the researchers can determine which wavelengths are absorbed by a star's cooler, outer layers. That tells them the identity and relative amount of each element and, in some cases, each isotope, that composes it.

But ancient stars are almost exclusively hydrogen and helium-light, stable elements with no decay signatures. (Most of the heavier elements found in newer stars, and in planets and your own body, were forged through many generations of stellar evolution.) The trick is finding stars like CS 31082-001, which contain traces of heavy elements produced in early supernovae. By analyzing their absorption spectra, astronomers can read the uranium clock.

Still, knowing the age of an object, whether a mummy or a star, is only the beginning of knowing its story. Scientists want to know why and how that object came about, not just when. And old stars offer some of the best clues to the composition and evolution of the early universe.

That's why Beers and his colleagues continue to search the skies over Cerro Paranal and over other observatories throughout the world. More old stars may mean more new answers.

Related Awards
#0406784 An Intensive Search for r-process-Enhanced Stars, and Abundance Patterns in the Early Galaxy