The New Science of Learning

Researchers find social aspects of learning important at all ages 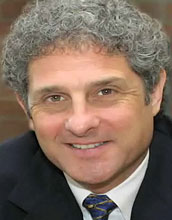 
A slideshow on the science of learning.

According to recent studies, young children learn best through social interaction. Andrew Meltzoff and his colleagues at the University of Washington are studying an emerging field called the "Science of Learning," which re-evaluates how children learn in formal and informal settings.

"We're finding that social aspects of learning are very important at all ages," said Meltzoff, who explained that this is especially the case for young children who learn "most rapidly and most effectively from other people."

Infants and young children learn from imitation and by following the actions of those around them, adopting mannerisms and speech patterns. Yet technology, such as television and computers, is changing how children learn and communicate, often replacing face-to-face human interaction.

A study compared the effectiveness of television and audio programs to live human interaction when learning a second language. Nine-month-old American children were exposed to Chinese by using three approaches: an auditory soundtrack, a DVD with picture and sound, and live human interaction while playing and reading books. The goal was to see which one of these approaches allowed the children to learn best.

Today, a variety of technology, such as cell phones, instant messaging and other computer programs allows children to multitask. Meltzoff explained that "We're not sure of the long-term consequences of raising children in a digital world with the level of multitasking that there is, and perhaps a cut-back on face-to-face social interaction."

For better or for worse, our means of learning and communicating are evolving. What remains clear for now is that social interaction is crucial to how children learn and comprehend the world around them.