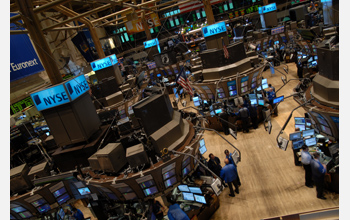 Jennifer Lerner, Harvard University professor and director of the Harvard Decision Science Laboratory, was interviewed for the NOVA program.

Lerner has studied decision science for more than 15 years, and she argues that emotion played a significant role in the economic downturn. Her research and training have been supported by NSF for many years, starting with a graduate research fellowship when she was a doctoral student. Currently, she receives support from NSF's Decision, Risk, and Management Science program, as well as from NSF's Social Psychology program.

Others whose research had NSF sponsorship and who participate in the program are University of Chicago Nobel Prize recipients in economics Gary Becker and John Cochrane. Richard Thaler, University of Chicago professor of behavioral economics, another former NSF award recipient, who regularly consulted with Barack Obama's 2008 presidential campaign, is also among the participants. In addition, Mind Over Money interviews Robert Shiller, professor of economics at Yale University, and Brian Knutson, professor of psychology at Stanford University, who also received some sponsorship from NSF.

In the aftermath of 2008's stock market crash, NOVA's producers wanted to understand what happened. Why did classical economic theories about the stability of markets fail? How can too many spending choices overwhelm rational decisions? And can a new science--behavioral economics, which aims to incorporate human psychology into finance--do better at averting an economic crisis?

To get answers, NOVA observed a number of experiments and talked to the experts. In one NSF-supported experiment at Harvard, scientists fitted executives with sensory skull caps to see how their decision-making processes compared to those of people with less high-profile and less stressful careers.

The goal was to determine ways in which a person's skill at emotion regulation influences decision making. Lerner hinted that the research team found a number of interesting connections, which may be explored in detail in the NOVA program.

"The experiments, combined with insights from leading experts, offer a compelling look at the world of finance and investment as well as the saving and spending habits of individuals," said executive producer Howard Swartz. "The economy is a timely topic, so I think audiences will be fascinated by the scientific experiments in "Mind Over Money," which illustrate how mood, decision making, and economic activity are all tightly interwoven."

NOVA calls "Mind Over Money" a "show that reveals surprising, hidden money drives in us all and explores controversial new arguments about the world of finance."