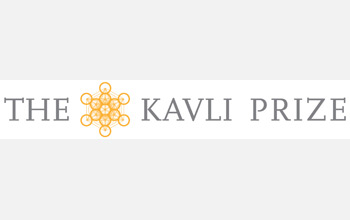 The Kavli Prize awards scientists in the fields of astrophysics, nanoscience and neuroscience.

Among the latest winners of the Kavli Prize are three scientists who have received NSF funding over the past several years. The Kavli Prize is awarded each year by the Kavli Foundation to scientists "whose discoveries have dramatically expanded human understanding in the fields of astrophysics, nanoscience and neuroscience;" prizes are presented to researchers in each of these three disciplines. Among the eight recipients for 2010 were the three NSF-funded scientists:  Nadrian C. Seeman of New York University; Roger Angel of the University of Arizona, Tucson; and Jerry Nelson of the University of California, Santa Cruz.

Seeman invented DNA nanotechnology, which uses DNA as a building block of more complex structures and devices. He was awarded a Kavli for his design of devices that may lead to new materials and systems billionths of a meter in size.

"The idea is to use the information contained in branched DNA or similar polymers to control the structure of matter as tightly as possible," said Seeman.

"Our target is to use our ability to control the structure of DNA to organize other molecular species," said Seeman. "Thus, the original motivating goal of the work was to organize biological macromolecules so that their structures could be established using crystallography, with the DNA as a scaffold for target molecules."

Seeman also explained how his research can be applied to technology. "We and others are organizing other species for nanoelectronics purposes," said Seeman. In nanoelectronics, electronic devices are built from components approximately the size of single molecules. Structural DNA nanotechnology will allow for smaller and more complex products.

When asked what inspired his field of study, Seeman replied, "I was a crystallographer who could crystallize nothing. It was very frustrating. When I had the idea to use DNA sticky ends to organize DNA molecules, it felt like the synthesis of everything I knew about. There was no way I could not pursue it."

"Ultimately, the history of the human species can be written as the history of our materials," said Seeman. I am hoping that DNA nanotechnology will improve our control through yet another significant increment."

Angel is the founder of the University of Arizona's Steward Observatory Mirror Lab, the largest facility in the world for the manufacturing of astronomical mirrors, which produces lightweight, honeycombed mirrors 1.8 to 8.4 meters in diameter. His Lab produced two 8.4-meter mirrors for the international Large Binocular Telescope, the largest single optical telescope in the world, located in Arizona, as well as four 6.5-meter mirrors including for the Multi-Mirror Telescope, also in Arizona, and the two Magellan Telescopes in Chile.

Currently, the Mirror Lab is completing two 8.4-meter mirrors, one for the Large Synoptic Survey Telescope (LSST), ranked by the National Academy of Sciences as the top priority for ground-based astronomy in the next decade, and the other as the first of seven for the Giant Magellan Telescope.

To construct the mirrors, Angel has developed a unique process that melts 10 to 20 tons of borosilicate glass into a single substrate that has an internal honeycombed structure. The gaps hexagonal voids reduce the weight and thermal inertia of the structure, providing the stiffness and lack of thermal gradients needed for the best possible image quality in large ground-based telescopes. The disk-like mirrors are ground and polished and tested using laser technology and coated with aluminum, ready for use in the telescope with a minimum of operational overhead.

Angel explained that telescopes contribute knowledge to the "origin of our universe and how it works."  Large telescopes provide both the light grasp needed to observe the light from the waves that originated billions of years ago when galaxies were formed, providing insight to the conditions during the big bang, and the very sharp and high contrast images needed to study planets of nearby stars. As well as the big primary mirrors, Angel has developed very thin, flexible, smaller mirrors used to remove the atmospheric blurring that would otherwise prevent exo-planet imaging.

According to Angel, one of the benefits from astronomy is a better understanding of our own planet and the effects of greenhouse gases and global warming. "Stars will be here forever, but our own planet is under threat," explained Angel, who plans to use his technology to create what he describes as "energy telescopes designed to take light from the sun and turn it into solar electricity, at a price that doesn't have to be subsidized."

Nelson explores the use of segmented optics to build the large-diameter telescopes. He was awarded a Kavli for developing and showing how such a system of segments could be combined to form a large-diameter mirror. He provided the concept and design for the segmented mirrors used in the twin Keck telescopes on Mauna Kea, Hawaii, the largest optical/infrared telescopes in the world.

Nelson's Keck telescope mirror design consists of 36 individual hexagonal mirrors that are combined to form a 10-meter diameter telescope mirror. The key features of his design, according to Nelson, "include the development of an effective way to polish and manufacture the mirror segments, a simple way to support the segments against gravity and an active control system to keep the mirror segments in near perfect alignment in the face of gravity, thermal and temporary disturbances."

Using the Keck telescopes, scientists have made a variety of significant astronomical findings ranging from discovering new planets to identifying the source of gamma ray bursts.

"Astronomy is unique in its focus on understanding the universe in which we live, and allowing us to appreciate our place in this universe," explained Nelson. "Because of this very role, astronomy is immensely popular with all people, and this knowledge is vitally important to us all."

Currently, Nelson is the project scientist for the Thirty Meter Telescope Project (TMT), which is designed to be even larger than the 10-meter diameter Keck telescopes.

"Building apparatus for experiments is, to me, endlessly challenging, both because of the learning experiences and the puzzles that one needs to solve to successfully build things," explained Nelson. "The opportunity to explore the complexities of constructing giant telescopes was a great treat and has kept me occupied and entertained for many years."