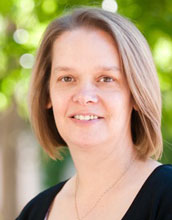 When a student raises a question in the classroom or has a comment, it can provide a learning opportunity that goes beyond the lesson already underway. Yet, an inexperienced teacher often will miss the moment.

"Novice teachers don't always notice the importance of student ideas," says Shari Stockero, an assistant professor of mathematics education at Michigan Technological University. "A lot of time, I think novice teachers are focused on what they need to do during the lesson, or are focused on classroom management, and often bypass important student thinking."

Stockero is studying teacher education experiences and designing new programs to help beginning mathematics teachers in middle and high school notice these moments, and build upon them to support student learning, rather than let them go.

"The question, of course, is how do you get that knowledge without having to teach for 10 years?" she says. "We don't want teachers to be mediocre for the first several years. We want them to be good right away."

The goal is to incorporate her findings into teacher education coursework, initially in mathematics instruction, possibly later expanding to other content areas.

"One of the things we are trying to think about is how it looks in other subject areas," says Stockero, herself a former high-school mathematics and science teacher. "I really do think that if we come to understand this better, it could be cross-disciplinary, and also will extend to elementary school, and probably into college."

Stockero is conducting her research under a National Science Foundation (NSF) Faculty Early Career Development (CAREER) award, which she received in April 2011. The award supports junior faculty who exemplify the role of teacher-scholars through outstanding research, excellent education and the integration of education, and research within the context of the mission of their organization. NSF is funding her work with about $447,000 over five years.

She was prompted to do the study after she observed student teachers in the classroom failing to take advantage of mathematically important comments or questions from students.

"Often I was on the edge of my seat, thinking: 'oh, grab this one,' and they didn't," she says. "I realized that many teachers just didn't know what's important to pick up on. It takes a lot of knowledge to do that well."

For example, in one instance, "students were learning how to graph linear functions using the slope and the y-intercept," she says, referring to a standard method of using key numbers in an equation to construct the graph of a line. "A student asked: 'can there be two y-intercepts?' and the teacher said 'no.' The teacher missed an opportunity to talk about the properties of a function, and why there couldn't be two y-intercepts. The teacher didn't ignore the student, but, at the same time, didn't capitalize on the student's question either. There was a lot of important mathematics underlying the question that the teacher didn't address."

Stockero is following two groups of teachers, for comparison purposes. Currently, she is collecting data on student teachers already in the classroom, "documenting what they are noticing, and why they think it is important," she says. "I go into the classroom and record their lessons. The teachers are wearing a tiny, self-mounted camera, and if they notice an important instance, they record it by pushing a button."

The idea is for Stockero to get a sense of what captures the teachers' attention. "Sometimes it's student behavior, or other things not related to math, and sometimes it's important questions about the ideas in the lesson," she says. "They record these instances, and then I go back after school and do an interview with them. We replay the videos, and I ask: 'what is it that you are noticing, and why is it important?' I'm not trying to teach them. I'm just trying to document what they are noticing, and why."

From the interviews she has conducted thus far, she has found that "many have preconceived notions of what they want to do during the lesson, and aren't good at dealing with interruptions," she says. "They are very good at following the plan, but if things don't go according to plan, they aren't as adaptive as they could be."

The primary focus of her work is with a second group of teachers--mathematics education students from the university--and she plans to stay with them for a lengthy period of time, including through their student teaching experience. The idea is to engage them in activities designed to increase their awareness early, before they actually get into the classroom to teach. Right now, they are observing experienced teachers, and recording and analyzing their teaching practice.

"I ask them to pick out the important things that a teacher should notice during the lesson," Stockero says. "Individually, they each analyze the same lesson. Then I take all their observations, and put them together. Then we have a weekly meeting to talk about what's important and what's not important, and how the teacher could have used a student's question or comment to get at their goals. I am trying to help them figure out what it is that they should be paying attention to as teachers."

She hypothesizes that members of the second group, ultimately, will be more effective than those in the first group in their ability to recognize and take advantage of unplanned learning opportunities presented by the students themselves.

"The goal is to make them better equipped to notice these important mathematical moments, as they are happening, and to have a sense of what to do with them," she says.