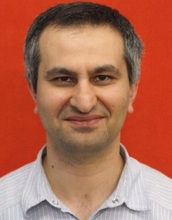 Oguzhan Alagoz teaches industrial and systems engineering at the University of Wisconsin-Madison.

Oguzhan Alagoz believes that many existing disease screening programs all too often take a one-size-fits-all approach. To be sure, "it is important to catch a disease early," he says. "But still, most screening programs treat everyone the same."

In breast cancer, for example, "they say any woman who turns 40, or 50, should start screening every year, and they don't differentiate women by individual risks," says Alagoz, an associate professor of industrial and systems engineering at the University of Wisconsin-Madison.

"The common characteristic of all of these guidelines is age," he adds. "They specify age, but don't specify whether women with higher or lower risk should or should not be screened, nor do they take into consideration a woman's personal preferences about mammography. We have to start tailoring screening recommendations to the individual woman."

To try to address this, the National Science Foundation (NSF)-funded scientist has developed a computer algorithm that will allow women to reach a decision customized for them. "You enter your age, your risk factors and how you personally feeling about screening," he says. "Then our model helps you make a decision about mammography."

Although implementation is beyond the scope of his research, he believes the ideal scenario would be to have a woman use the computer model in consultation with her personal physician. "We shouldn't over-trust the model," says Alagoz, who also holds a secondary appointment as an associate professor of population sciences in the university's school of medicine and public health.

"Over-trusting technology in medicine may not be the best thing to do, but it will help you," he adds. "It also will help the physician and the women who might be missing certain things. I see this not as a method to guide the whole decision, but as a decision support tool."

Ultimately, he sees the research as a framework for developing better screening policies for other cancers as well, including prostate and colorectal cancers as well as other conditions, such as diabetic retinopathy.

Alagoz is conducting his work with an NSF Faculty Early Career Development (CAREER) award, which he received in 2009 as part of the American Recovery and Reinvestment Act. The award supports junior faculty who exemplify the role of teacher-scholars through outstanding research, excellent education, and the integration of education and research within the context of the mission of their organization. NSF is funding his work with about $430,000 over five years.

As part of the grant's educational component, he is training doctoral students to use such operations research techniques to solve complicated decision problems in medicine, and plans to integrate his findings into new courses. "The research will introduce operations research tools to the medical community through a successful application of these tools to a complicated and controversial problem in medicine," he says.

He says there were a number of computational challenges he had to overcome in developing the model, and hopes to soon test it in a local clinic, although widespread clinical practice is likely several years away. "This is really very much still only on paper and in the computer," he says.

His description of the algorithm and how it works appeared in the journal Operations Research.

"Every model is a representation of a real life system," he says. "For this algorithm to work, we have to somehow represent the existence of cancer and probability of getting it over a lifetime."

For this, he used the so-called Markov decision process model, a popular operations research tool used in various areas of applications. His model only considers the present state--for example, the current condition of a patient--to predict the probability of a future state, in this case, the chances of a patient's developing cancer over a certain time period.

"There are already several risk assessment/predictions models that can tell you the probability of getting cancer over the next five or ten years, but this model also will consider your preferences and your risk and tell you at what age you should get a mammogram," Alagoz says. "Then it will tell you, if it is negative, you should get it at such and such an age. It makes a recommendation to you about when you should get your next mammogram and all kinds of other statistics."

The major difference between this model and other existing predictive algorithms "is that it takes into account how the woman feels about the procedure," he says, citing fears over mammography, the risk of false positives that could result in unnecessary biopsies and other tests. "We have to somehow translate your feelings into numbers, that is, how much quality of life is lost due to your feeling toward mammography, a false positive, a biopsy, and the possibility of breast cancer."

He also is using the model for investigating important screening policy questions such as what age to stop screening, what ages should be screened more aggressively, and the role of compliance in screening recommendations, among other things.

Alagoz is conducting his research with input from the medical community.

"The physicians are helping me build the models," he says. "When you build these models, you have to make some assumptions. I am not a physician, so I meet with physicians/epidemiologists every week who help me build the correct models."