World Oceans Day: 12 things to know about El Niño: Is it coming, and when?

How will it affect coastal species--and the fish on our dinner tables? 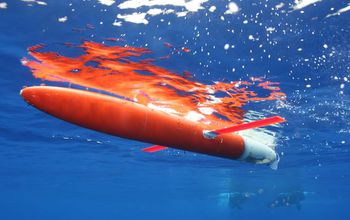 As part of the ROGER project, Spray gliders are tracking the formation of this year's El Nino.

Just in time for World Oceans Day on June 8, cometh El Niño. But is El Niño really on the horizon? How certain are we of its arrival? And how will we know it's here? What effect will it have on the weather, on coastal species and on what's on our dinner tables?

(Ohman) El Niño is the formation of warmer-than-usual ocean waters in the equatorial Pacific, with extensive temperature changes along the coast of South America during the month of December--hence the Spanish name "El Niño," the Christmas child. Scientists refer to the phenomenon as the El Niño-Southern Oscillation (ENSO). Its warm ocean phase is termed El Niño, and cool ocean phase La Niña.

(Rudnick) Yes, to some extent. Scientists have identified the precursors of an El Niño; observations to monitor them are taking place near the equator. These observations are used in sophisticated models to predict the timing and magnitude of a developing El Niño. Right now, the models show anything from a weak to a strong El Niño ahead.

3) How do we know that changes in the ocean are the result of El Niño?

(Ohman) El Niño is the strongest year-to-year "signal" on Earth, with distinct temperature and precipitation changes over land and in the sea. Because the ocean is variable on many time scales (tidal, seasonal, year-to-year and decade-to-decade), it's essential to have a baseline of ocean measurements against which to measure departures from normal conditions.

Scientists at the NSF California Current Ecosystem Long-Term Ecological Research site, located in Southern California waters, have access to records of ocean conditions as far back as 1916.

(Ohman) Not at all. Not only do El Niños vary in intensity, there are at least two major types. In one El Niño, termed Eastern Pacific, the most extreme temperature changes happen off the South American coast. In Central Pacific (CP) El Niños, the center of ocean temperature changes is much farther to the west. Some evidence suggests that the frequency of CP El Niños may be increasing.

(Rudnick) Ultimately every El Niño is different, and only some will strongly affect the coasts of the Americas.

5) When are the effects of El Niño the strongest?

(Ohman) The development of an El Niño is seasonal. The first ocean temperature changes usually begin during the Northern summer (June through September) then continue to grow, reaching their maximum during winter, from November to the following January. But precursors can sometimes be detected as early as February or March of the year of an El Niño's onset.

6) How often do El Niños occur, and how long do they last?

(Ohman) El Niños happen about every two to seven years. The last one was in 2009-10. Their duration is variable, but is usually six to eight months along the equator, with shorter time periods in higher latitudes. There have been exceptional cases of very long El Niños that lasted for two or more years, such as in 1957-59.

7) Are there new ways of observing developing El Niños?

These futuristic-looking gliders, called Spray gliders, traverse the oceans under their own power and are taking measurements in the Pacific Ocean near the Galapagos Islands. The information that returns with a glider tells us how the ocean is changing, and whether those changes indicate the coming of an El Niño.

8) How do the Spray gliders work?

(Rudnick) Spray gliders dive from the surface down to 1,000 meters (3,281 feet) and back, completing a cycle in six hours and covering six kilometers (3.7 miles) during that time.

The gliders carry sensors to measure temperature, salinity, current velocity, chlorophyll fluorescence (a measure of the abundance of phytoplankton), and acoustic backscatter (a measure of zooplankton). Spray gliders are launched for missions lasting about 100 days.

9) How do you know when to send out the gliders?

(Rudnick) The ROGER project wasn't originally designed to observe an El Niño, but the gliders were always capable of doing so. With a scientific project funded by NSF for two years, we couldn't realistically expect to catch an El Niño.

But science does involve serendipity, and we're fortunate to have the gliders in position just as an El Niño is appearing. We expect our data to include the most high-resolution repeated ocean transects ever done across the equator during an El Niño. Results from the gliders are showing the classic signs of an El Niño, including a strengthening equatorial undercurrent.

10) What effects will El Niño have on marine ecosystems along the U.S. West Coast?

(Ohman) During El Niño, the spawning grounds of coastal fish like sardines and anchovies often move closer to the coast. As warming waters from the open ocean come ever nearer to the California coast, cool upwelled water is found mostly along the edge of the land.

Warm-water plankton and fish may be transported far to the north of their normal ranges. In some El Niños, species that live along the coast of Baja California, Mexico, may be found as far north as off British Columbia.

11) Do seabirds and marine mammals respond to El Niño?

(Ohman) It all comes down to where the fish are. Some seabirds, especially those with limited foraging ranges or narrow food preferences, may have reduced reproductive success during an El Niño. California sea lions may have less fish prey available and therefore depressed birth weights of pups. Some whales, dolphins and porpoises may move to different foraging grounds where the fishing is better.

12) Will fisheries off California be affected?

(Ohman) El Niño may have a substantial effect on the catch of, for example, market squid, one of the most commercially important species off California. The spawning of this cool-water species may be severely curtailed, or take place in deeper waters than usual.

During an El Niño, U.S. West Coast sportfishers often catch more warm-water fish such as yellowfin tuna, dolphinfish (dorado), and yellowtail, and fewer cool-water fish like rockfish and lingcod. What's on your dinner table may, for a time, look just a bit different.