The aeroacoustics of jets 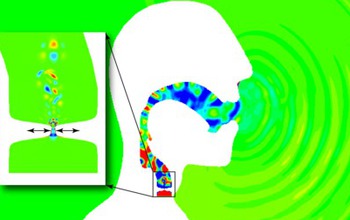 [The following is part five in a series of stories that highlight recent discoveries enabled by the Stampede supercomputer. Read part one, two, three and four to find out how Stampede is making a difference through science and engineering.]

Aerospace engineers from the University of Illinois, Urbana-Champaign are using the National Science Foundation-supported Stampede supercomputer to explore how jets in general, like those on modern aircraft and inside the human body, generate noise.

Jet engines generate intense sound waves that bother people who live near active airports. The noise can be so bothersome that limits are often placed on how loud aircraft can be and how many aircraft can fly over residential communities. Making jet aircraft quieter requires new engine designs; however, no simple explanation of how jets generate noise is available.

Daniel Bodony and his colleagues are trying to solve this problem. They are using Stampede to simulate the turbulent motion generated by air moving from the jet engines and then virtually testing the shape and location of actuators and acoustic liners that can reduce jet noise. This research has been published in the Journal of Fluid Mechanics and Physics of Fluids.

In related research, Bodony is seeking to understand how the voice is created, which also relies on the research around the aeroacoustics of jets. However, this time the unsteady jet of air is created by vocal folds, or vocal chords, when a person speaks.

Once speech production is understood, Bodony and his team will use Stampede to determine how to design synthetic vocal chords to restore speech when it is lost due to strokes or other pathologies.

"Stampede has been a very easy platform on which to run our production simulations, and its more-than-two-times speed advantage over Ranger quickly made it a favorite," Bodony said. "It is our workhorse platform and enables our fundamental research that supports science and engineering objectives, including jet noise reduction, human voice prediction and control, and analysis of future high-speed aircraft systems."