Unlocking the mysteries of mathematics 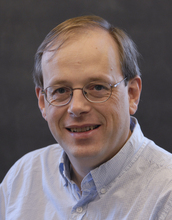 Richard Taylor teaches mathematics at the Institute for Advanced Study in Princeton, N.J.

Évariste Galois was a 19th century French mathematician who died at age 20 after a duel over a woman. Even by then, however, his work had established him as an important force in mathematics, especially his proof that polynomial equations of any degree greater than four were impossible to solve using radicals. It is a concept whose various ramifications have engrossed serious mathematicians ever since, including Richard Taylor.

Taylor, a professor at the School of Mathematics at the Institute for Advanced Study in Princeton, N.J., and a National Science Foundation (NSF)-funded scientist, has spent much of his career focusing on the relationship between Galois Groups and their representations, which measure the algebraic symmetries of equations and their relationship to geometric symmetries, a template first developed by Taylor's institute colleague Robert P. Langlands.

Translating the associations between the two ultimately can result in new ways to solve problems in both areas. "You can write a "dictionary" with entries connecting both subjects," Taylor says. "You can take a problem on one side and turn it into a problem on the other side--you can make hard problems simpler by turning them from algebra into geometry, or geometry into algebra."

For example, a problem known as Fermat's Last Theorem, after a 17th Century French judge and mathematician, had stymied mathematicians for more than three centuries until Andrew Wiles, a teacher of Taylor's, proved the theorem by establishing a special case of Langlands' dictionary, turning this algebraic problem into a much easier geometric problem.

It took more than one try, and Taylor helped after Wiles made an error during his first attempt. "After trying alone to fix it for a bit, he asked me to help him, and we finally found a way around the mistake," Taylor says.

Langlands' design has transformed the process of solving these once impossible mathematical problems, albeit sometimes inexplicably.

"What I find so attractive about this is that there is so much mystery here," Taylor says. "Why should we have this tool? Even when we prove it exists, it still seems mysterious, which is rare in mathematics. The proofs are long and complicated without a simple reason why it is true. It is also very beautiful, but hard to convey."

Some applications of Langlands' program have proved useful in developing error correcting codes, which allow the correction of mistakes introduced into data during storage, such as on a DVD, or during transmission via radio or cables.

"When you have a phone conversation or send a photo to someone else's phone, little errors may creep in as that message is transmitted, the result of interference," Taylor says. "If you didn't do anything, it would look or sound funny. So what they do is transmit extra information as a check, so even if errors creep in, you can correct them. There are mathematical ways to do this, some of which have been influenced by the Langlands program."

Taylor's research has been dedicated to proving instances of Langlands' dictionary. Its applications include his work on, among other things, the Sato-Tate conjecture, an algebra problem that goes back about 50 years, and is a statement about the statistical distribution of certain sequences of numbers.

"Nobody had made any progress on it, but we proved it as a consequence of Langlands' dictionary," Taylor says. "Using the dictionary, we could turn it into a much easier problem about symmetry."

Taylor has received five NSF grants supporting his research between 1997 and 2012, totaling more than $2.2 million. He also recently won the $3 million Breakthrough Prize in Mathematics, launched by Facebook founder Mark Zuckerberg and Russian entrepreneur Yuri Milner, which recognized Taylor for his major advances in the field, and for contributing to communicating the importance and excitement of mathematics to the general public.

Taylor also has worked on the Taniyama-Shimura-Weil conjecture, which states that elliptic curves over the field of rational numbers are related to modular forms. Wiles initially proved the modularity theorem for semi-stable elliptic curves, which was related to Fermat's Last Theorem; later Taylor and others extended Wiles' techniques in 2001 to prove the full modularity theorem, a special case of more general conjectures resulting from Langlands' work.

Taylor also is known for his proof--with Michael Harris, an American mathematician now jointly based at the Institute of Mathematics of Jussieu in Paris and Columbia University--of the Local Langlands Conjecture, part of the Langlands program, "where one focuses on one prime number at a time, surely much easier than the full program, but an essential stepping stone on the way to the full Langlands Conjectures," Taylor says.

He and his collaborators also proved the Hasse-Weil Conjecture, another part of the Langlands program, although it actually predates Langlands, he says.

"I do mathematics because of its beauty, with no thought to applications," Taylor says. However, it is quite amazing how often such curiosity-driven research has later been crucial to the development of the technology that is transforming our world."