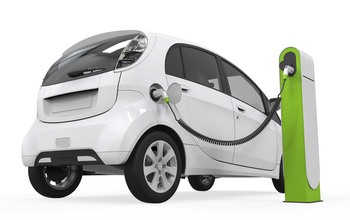 In 2011, an important national priority was declared: Put 1 million electric vehicles on the road by 2015. Since then, sales of plug-in electric vehicles have risen and continue to rise, but they pale when compared to sales of conventional vehicles.

All told, U.S. car dealers have sold a little more than 250,000 electric vehicles since they were introduced in 2010. This sets the background for an analysis of factors that impact the spread and overall consumer adoption of electric vehicles.

According to the U.S. Department of Energy (DOE), the high-purchase price gets part of the blame for consumer hesitancy to buy electric vehicles. "While the market is growing quickly, additional cost reduction of electric vehicle technology is required to directly compete on a cost basis with conventional vehicles," says DOE's Deputy Assistant Secretary for Transportation Rueben Sarkar.

It's well known that many electric cars are more expensive than their fossil-fuel powered counterparts. Electric vehicles range in price from about $15,000 to more than $70,000. The cost can be prohibitive, even though, in the long run, electric vehicles can be cheaper to operate.

Sakar also points to another reason--consumers are not well acquainted with the technology. "Plug-in electric vehicles are a relatively new market coming on the scene a little more than four years ago," he says.

Meanwhile, Lang Tong and Shanjun Li, researchers at Cornell University in Ithaca, N.Y., point to yet another indirect network effect. Consumers may be less willing to buy because of a lack of public charging stations, they say.

This is the chicken in a chicken and egg scenario that sees investors, who are less willing to build charging stations, as the egg when there are so few electric vehicles on the road.

The chicken: More charging options could lead to more sales

Tong is Cornell's Irwin and Joan Jacobs Professor in Engineering. "As one might expect, there is a strong dependency between the growth of electric vehicle market share and the available charging options," he says.

However, making more charging stations is not as simple as simply opening more stations. The reason: there are different options for electric 'fueling'; any one vehicle can be charged in more than one way, and different manufacturers may require different charging methods. In addition, an electric charge depends on and impacts the overall electric grid in the region.

Indeed, one major goal of Tong's and Li's INSPIRE project is to consider how to engineer transformative technologies for large scale charging of electric vehicles that can work with existing electric grids in a cost-effective way.

"Ultimately, the bigger question is the economic one," says Tong. "The connection between economic questions and engineering questions comes down to cost. If you have better technology, you will provide more charging services and be able to lower the cost for consumers to charge their vehicles."

Currently, most owners plug their electric vehicles into a standard 120-volt, home outlet and charge them overnight to get the energy they need for a daily commute. Others pay to install a 240-volt charging station at home, cutting charging times roughly in half. A third alternative is to purchase an electric vehicle equipped with electrical connections for high, direct-current charging. This can recharge an electric vehicle four to six times faster than an alternating current charger; however the cost for this choice typically runs $15,000 to $25,000.

"This project focuses on efficient ways of providing low-cost charging," says Tong. For example, he and Li are investigating vehicle charging with solar panels on garages, examining possibilities for local energy storage and studying how to better utilize price differentials in the electricity market.

In addition, the researchers are working to develop efficient, large-scale charging facilities that provide another choice over normal home vehicle charging. To that end, they developed an Intelligent Energy Management System (IEMS) that optimizes the cost of vehicle charging at shopping malls or large parking garages where there are a number of cars that could simultaneously draw energy from the power grid.

The IEMS reduces costs and reduces strain on the grid by determining which cars to charge at a given time. "Typically, consumers leave the car at the facility and expect charging to be completed at a later time," Tong says, "which makes charging a deferrable demand." A completed charge can be postponed until a later time when it most benefits the consumer. It also gives an operator the opportunity to choose which car to charge first and at what price.

Improvements such as these, the researchers believe, could lead to greater adoption of electric vehicles.

The egg: Electric vehicle charging could use a policy boost

The convenience and cost of recharging them is not the only factor that influences the purchase of electrical vehicles.

"The $7,500 tax credit policy for which electric vehicle buyers are eligible contributed to about 48.5 percent of electric vehicle sales from 2011 to 2013, which is a significant portion," says Li, who is an Environmental and Energy Economics assistant professor at Cornell. "It is important to note that indirect network effects explained 42 percent of that sales increase."

By contributing to sales of nearly half the electric vehicles sold during the research period, some would consider the tax policy a success. Tong and Li take another view.

The researchers maintain the money, which amounted to some $1.05 billion in subsidies, could have been used to build more than 60,000 charging stations instead of giving it to electric vehicle consumers. That number of potential charging stations is significant; it represents about half the total number of gasoline stations in the United States.

Moreover, based on their analysis, Tong, Li and their research colleagues say, 60,000 new charging stations could have led to five times more electric vehicles sold.

However, they report the tax subsidies had a net positive effect. The subsidies during the 2011 to 2013 study period brought about $200 million in long-term environmental benefits.

Research is important to energy independence

Based on their research, Tong and Li find that allowing the competitive forces of supply and demand to determine market outcomes without government involvement may not be the best approach for electric vehicle sales. The economically efficient solution, they say, would employ government intervention to help consumers, firms and the environment.

"The goal of this project is to study the diffusion process," says Tong, "and in particular the necessary charging station infrastructure that supports EV diffusion." The research team aims to identify engineering, economic and policy issues that impact the survival and growth of the electric vehicle market.

NSF's Directorates for Computer and Information Science and Engineering (CISE) and Social, Behavioral and Economic Sciences (SBE) support the INSPIRE project: An Engineering and Economic Pathway to Electric Vehicle-Based Transportation. INSPIRE funds risky, potentially transformative research that does not fit into a single scientific field, but crosses disciplinary boundaries.

"This project is part of a stream of SBE-funded research that considers how individual decisions and market forces determine whether or not new technologies will be widely adopted," says Nancy Lutz, director for SBE's Economics program, which partially funded the project. "That's a basic science question. It's, of course, also of key importance for national goals like energy independence."

"The interdisciplinary aspect of this research is to align engineering innovations in on-site renewable sources and local storage with real-time pricing of electricity and flexibility of charging schedules," adds Phillip Regalia, whose Division of Computer and Communication Foundations in CISE funded most of the project. "The idea is to do this so as to offer low-cost charging to consumers while maximizing profits for investors."

"Using advanced models from game theory, the researchers are studying conditions that could ensure the survivability of the electric vehicle market."

The exact results of this analysis may change a bit during the next few months as numbers are updated, says Li, but the main message will likely remain the same: more effective government action along with new cost-effective technologies may be needed to push electric vehicle sales over the one million mark.