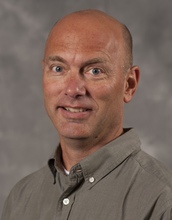 Greg Gogolin is a professor of information security and intelligence at Ferris State University.

It can be disheartening to learn that something precious, such as a one-of-a-kind family photo, has disappeared from a scratched or broken CD or DVD. It also can become serious, dangerous and potentially costly if it happens to a disc containing criminal forensic evidence, corporate records or scientific data.

But there may be a way in the future to bring the material back.

Optical media, that is, CDs and DVDs, have been in widespread use for the past two decades, and burners are in many homes and elsewhere, making it possible for consumers to create any number of their own personal discs. But the products have not turned out to be as durable as originally believed, a situation that can turn tragic if a disc containing the only available copy of important material has become damaged.

Although still a work-in-progress, researchers have developed a process with the potential to restore much of what was thought to be lost.

"While we haven't solved all of the challenges necessary for efficient data recovery from damaged optical media, we have moved forward in terms of refining what is possible," says Greg Gogolin, a professor of information security and intelligence at Michigan's Ferris State University, stressing that the work of his team at this point was aimed solely at demonstrating "proof of concept."

Equally important, the development of new security techniques to ensure that data is unrecoverable, similar to advances that now prevent the retrieval of information on destroyed paper documents.

"A common way to destroy a paper document used to be to burn it," Gogolin says. "Forensic techniques, however, were developed that allowed for the recovery of information that was on a burned document. Document destruction techniques were then improved."

The National Science Foundation (NSF)-funded researcher, in collaboration with colleagues James Jones, associate professor in the computer forensics program at George Mason University; Charles Bacon, a Ferris professor of physical science; Tracey Boncher, a Ferris associate professor of pharmacy; and Derek Brower, a Ferris graduate student at the time of the research, theorized that using a 3-D digital laser microscopy to capture a 3-D image of the disc could provide a visual roadmap of the data. This and a special computer algorithm capable of recognizing its patterns could then aid in recovering the vast majority of it.

"If a disc is broken in half, you've still got 99 percent of the data still there," Gogolin says. "The media is quite elastic and the data is pretty much intact up to the cut line. There is, of course, a region that is destroyed near where the disc has been cut. But for most part, you didn't destroy the data, you just made it unreadable because you can't spin the disc."

The researchers, funded by a $356,318 grant awarded in 2011 from NSF's Division of Computer and Network Systems, tested their idea by breaking a disc, putting it together and taking a picture of it using the high-powered, 3-D digital laser microscope.

"It was like sticking it into a kind of copy machine," Gogolin says. "There are patterns to represent the data, that is, the different letters." After determining the data patterns, "we then read them with a computer program to determine what data was on the disc."

At this early stage of development, the computer program the scientists wrote contains and recognizes only simple alphabetic encoding.

But, "there are many different types of data that could be on there, including letters, numbers and special characters," he says. "There is a huge range of possible data elements, and we don't have recognition set up for all of them, only for a subset, part of the alphabet."

The ultimate goal is "to expand the capabilities of the recovery program to be able to recognize all the different types of data and encoding that could be present on an optical disc," he adds, stressing that big hurdles remain. "It's a huge deal in that there are many different combinations and variations of data that make it a significant challenge to be able to recognize everything that would be on an optical disc. You can have different types of discs and Blu Ray discs. Different manufacturers use different inks. You could have encryption. There are a lot of variables."

Also, the larger the file, the more difficult the recovery, he says.

The researchers now are trying to decide if they want to test their ideas on other types of memory, such as flash drives "like that in your phone," he says, or solid state drives, rather than hard drives. "That's where everything is going," he says. "Would time be better spent trying to perfect a way to recover material from a flash or finishing what is needed for optical?"

The team is a long way from making the process widely available. Nevertheless, "we wanted to prove the concept that it could be done, so that every time you see a broken disc, you won't necessarily think, 'oh, it's lost forever,"' Gogolin says.