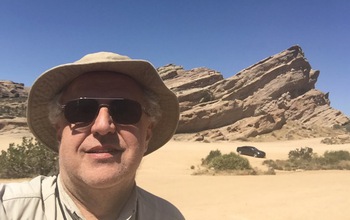 In 2012, six Italian seismologists were sent to prison because they failed to predict the 2009 L'Aquila 6.3 magnitude earthquake.

To some that may seem absurd, but it points to the faith so many have come to place in science's ability to predict and prevent tragedies. Experts had for decades predicted that Nepal would experience a massive earthquake, but were unable to provide a more precise warning about the recent 7.8-magnitude quake that devastated the country. The Italian seismologists had similarly predicted earthquake probabilities but could not give an exact date.

Science and mathematics have not reached a point where they can forecast with certainty the exact time and specific severity of these cataclysmic events--and may never do so.

"The best we can do is make an assessment of there being a heightened risk in a certain geographic area over a certain window of time," said William Newman, a theoretical physicist at the University of California, Los Angeles (UCLA), who has received funding from the National Science Foundation (NSF) for his work aimed at improving natural hazard predictions. "We can determine a sense of what is likely to occur, but we will never know exactly."

Newman has spent much of his 35-year career working in computational and applied mathematics, but also has employed mathematics in applications to probe natural disaster issues such as earthquakes and climate change.

These days, mathematicians seem to be able to model almost anything, but, as Newman points out, the devil is not only in the details but in creating models that can be used for accurate prediction. In the case of tectonic plates, the randomness of their interaction limits the certainty of predictions, and those predictions become less certain as time passes. In much the same way that a weather forecaster can be more certain about predicting tomorrow's weather than next month's, Newman believes earthquake prediction accuracy has the potential to fall off.

"For mathematicians, three aspects come to mind," Newman said. "We like to think of the equations being well posed, well defined, and that we can run with them. In [Edward] Lorenz's case (whose model of turbulence celebrated its 50th anniversary recently), his equations about atmospheric behavior were, by and large, eminently reasonable. He supersimplified and saw that if he perturbed the initial conditions, after a certain amount of time, he could predict nothing."

Yes, you read that right: nothing.

The problem for mathematicians is that forecasting accuracy can only weaken as more variables cloud the equations and models they build. In the case of earthquakes, Newman said the prospects for good predictions are even more dismal than for atmospheric ones. Chaotic dynamics and complexity prevail.

In Los Angeles, where Newman lives, mathematicians and geophysicists have worked together and determined that sometime in the next 30 years, the area is likely to see a substantial earthquake due to its proximity to the San Andreas Fault. And as each year passes, the risk increases in this window of time.

The mathematicians can only put so many predetermined variables into their equations, including the patterns of tectonic plate changes and the environmental conditions that coincide with earthquake occurrences.

"We have to go into this realizing there are bounds," Newman said. "We are looking at complex systems that can produce patterns we just don't understand."

Additionally, while the news focuses on an earthquake and its aftershocks, there are also "foreshocks." But recognizing a foreshock is impossible without seeing the seismic event that follows. So trying to formulate day-to-day seismologic predictions after any earthquake event can also be confounding.

Why even try to predict earthquakes?

One could easily draw the conclusion at this point that we walk away from the issue, shaking our heads. But mathematicians, computer scientists, physicists, geologists, engineers and social scientists working together on this issue do provide value, each adding something that could improve the scientific community's understanding of this obviously complex issue.

As instruments become increasingly refined and data proliferate around the world, scientists also gain a better understanding of the consequences of earthquakes.

"It is true that scientists know very little about earthquake predictions," said Junping Wang, a program director in NSF's Mathematics Division. "But this is exactly why we need to support earthquake research. Researching is the only way we can ever hope to build models that help to improve earthquake prediction and build a resilient society."

As they conduct more research in seismology, scientists are able to gain more and better knowledge that can benefit local policymakers looking to enhance preparedness and emergency response to earthquakes and cascading disasters.

"There are still plenty of opportunities where scientific and mathematical research can improve our knowledge," Wang said. "Understanding why an earthquake happened and how it happened helps us build better models, even if they can't tell us a specific date and time. With increased knowledge comes better preparedness."

Earthquake advice from a mathematician

"We can only tell people that there is a certain risk in a certain window of time," Newman said. "Then it's a matter of preparedness."

He cites the example of the Northridge earthquake that rocked the UCLA Mathematical Sciences Building in 1994. Architects designed expansion joints in different sections of the building because they knew that at some point, it would have to cope with the trauma of earthquakes. In that case, some of the offices went through an "unexpected expansion," but Newman notes that ultimately the repairs were "essentially cosmetic."

Newman, who carries the distinction of being a member of UCLA's Mathematics, Physics and Geology departments, routinely takes students to the San Andreas Fault--and specifically Vazquez Rocks, a set of formations exposed by seismic activity--for their research. He emphasizes that to prevent the fallout of earthquakes like the recent one in Nepal, policymaking that establishes building codes and individual preparedness are essential.

"If you live here, you have to earthquake-proof your home and your business. You need to be able to take care of yourself," he said. "And then when an earthquake does occur, hopefully, it will just be an inconvenience."