The profound power of loneliness

Depression, dementia and even some useful effects: Research examines how loneliness affects the social human brain 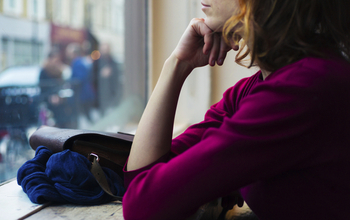 Research indicates loneliness is the perception of isolation -- even if one isn't actually isolated.

Loneliness is as close to universal as experiences come. Almost everyone has felt isolated, even rejected.

But the power of loneliness -- its potential for causing depression and other serious health problems as well as its surprising role in keeping humans safe from harm -- may be more profound than researchers had previously presumed, says neuroscience researcher John Cacioppo of the University of Chicago.

Cacioppo has spent nearly three decades exploring the social nature of the human brain, working to find the mechanisms behind traits such as loneliness, empathy, synchrony and emotional contagion. Through his research, funded by the National Science Foundation's (NSF) Directorate for Social, Behavioral and Economic Sciences, and the National Institute on Aging, he's helped turn loneliness from a curious afterthought in neuroscience to a serious area for research and explanation.

He and his collaborators have also incorporated new technology at each stage of their research, combining methods ranging from behavior studies to endocrinological testing, electrical and functional neuroimaging, and genetics. They're using those tools to identify the neural, hormonal, cellular and genetic mechanisms underlying social structures.

Using what they've learned, Cacioppo's team is evaluating therapies for loneliness, finding the most effective treatments and working to improve them. The researchers' collaborators include the U.S. Army, which turned to Cacioppo for help with studies that could be incorporated into training to help protect soldiers from isolation and related social problems.

During a visit to NSF, Cacioppo took some time to talk about loneliness -- what it is, where it comes from and how it affects people.

Q. How do you define loneliness in terms of your work?

A. It's defined as perceived social isolation. People can feel like they're on the social perimeter for a lot of different reasons. If you're the last one chosen on a high school team, that can feel really unpleasant. It's also clearly an evaluation of your net worth to that group. If that's a valued group, it matters to you. If it's not a valued group, it's no big deal.

That has effects on not just emotions but cognition. Research at Rush University has shown that older adults are more likely to develop dementia if they feel chronic loneliness.

Q. So just the perception, not whether or not someone is actually isolated, can trigger a physiological reaction?

A. Much of what goes with loneliness -- behaviorally, physiologically -- is so deep that we've got it in our genes. It's just like if I were to provide a painful stimulus to your arm, you would withdraw and complain of being hurt. That's not something you learn. The pain withdrawal reflex is in place due to your genetic endowment. And that mechanism is in place because it protects your body from tissue damage.

Loneliness is a mechanism that's in place because we need, as a social species, to be able to identify when our connections with others for mutual aid and protection are being threatened or absent. If there's no connection, there could be mortal consequences. Those are threats to our survival and reproductive success.

Q. Does that make loneliness almost like a fever -- unpleasant, but there's a purpose to it?

A. That's exactly right. You would not want to eliminate the temporary feeling of loneliness. We've argued there's a benefit to that response to perceived isolation. But, like many individual variations of these kinds of states, there are pathologic extremes. I might be so sensitive to feeling connected or isolated as to be a complete wreck, or I can be so insensitive as to be a psychopath. That's just part of the normal distribution of individual differences that, for the most part, helps to protect our social body just as pain helps to protect our physical body.

Q. How does loneliness affect our social behavior and interactions?

Q. It seems that loneliness can serve a useful purpose but -- almost like an immune system that starts attacking things that aren't actually threats -- it can go out of control.

A. That's exactly right. It's also very much like our stress system. Our stress system emerged in a different time of human history, and now we get stressed when we're in traffic. There's no saber-toothed tiger attacking; there's no person with a spear coming to get me. I'm sitting in a safe car, but there's still that level of stress and hostility that a traffic jam can engender. Our stress response contributed to survival across human history, but in contemporary society, chronic stress also contributes to morbidity and mortality.

Stress has an adaptive value, even today, although not to the extent we're expressing it. But knowing that does not mean we can simply turn it off when we wish. It's the same thing with loneliness. We're trying to educate the public about this, to say that loneliness isn't something that only certain individuals have. It's something we all have, we can all fall into, and nearly all of us experience at some point in our lives.

Q. Does this type of research into loneliness tell us anything about humans as a species?

A. The perception of loneliness is exacerbated by the feeling that one doesn't have anyone on whom he or she can depend or who can depend on him or her. As children, we're dependent on adults. When we grow to be adults, we think we're supposed to become independent -- the king of the mountain. But in social mammals -- not just humans -- becoming an adult means being the individual upon whom others can depend. Our Western cultural notion of human nature does not capture our actual social nature particularly well.

Q. When you were starting your research into isolation decades ago, behavioral science and brain science weren't as closely linked as they are today, correct?

A. There were a number of people trying to put them together, but we didn't have the neuroimaging technologies we have today that have really transformed what we can ask. Today, someone can really look at the working, normal brain.

I was doing electroencephalography (EEG) 40 years ago, and we looked at very broad questions. I was doing it 20 years ago, and we looked at relatively sophisticated questions compared to 20 years prior, but not very sophisticated compared to today. I'm now asking questions about the whole brain in action rather than a single region in isolation. And genetics and genomics are also increasingly integrated into investigations of the social brain.

Q. The questions that you started asking at the very beginning of your research -- have they led you on a linear path to where you are today? Or has your research taken you in unexpected directions?

A. Yes to both. The question we started with wasn't about loneliness and continues to not be about loneliness. It's about who we are as a species. What, fundamentally, are our brains doing? What are the factors that influence brain function? Partly, we're showing that the brain is organized in part to deal with and to promote salutary connections to other people. The fundamental question was "what is the social nature of our brain?"

One of the things that surprised me was how important loneliness proved to be. It predicted morbidity. It predicted mortality. And that shocked me. When we experimentally manipulated loneliness, we found surprising changes in the "personalities" of people. There's a lot more power to the perception of being socially isolated than any of us had thought.