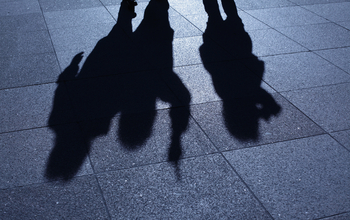 Data indicate an individual's odds of being a gunshot victim increase with exposure to gun violence.

The work focuses not on mass shootings or isolated incidents of violence; Papachristos’ team has worked to gather data on populations that face persistent threats of gun-related attacks and homicides, often connected to gang and drug activity.

Papachristos’ research shows they have properties similar to epidemics of disease. That means they affect particular communities disproportionately and multiply through exposure and can spill over into new areas after reaching a certain threshold.

Papachristos says, however, those same characteristics also provide some insight on how to treat gun violence. With the support of the National Science Foundation (NSF) Social, Behavioral and Economic Sciences directorate, he’s gathering information aimed at helping policymakers do just that. Namely, research shows that solutions community-based economic and social approaches may be most effective at thwarting gun violence.

“Scientists, especially social scientists, have to address the hard questions,” he said. “This is one of them.”

Papachristos’ work seeks to understand the patterns of gunshot victimization, including that in Yale’s hometown of New Haven, Connecticut. His research team analyzed years’ worth of information on shootings and arrests in those cities. By doing so, they were able to identify the social networks of those charged as shooters, including incidents of “co-offending” involving multiple suspects and defendants, all associated with one another. Their results showed that a high concentration of shooting victims were actually connected within the same social networks as the accused shooters -- and that, as an individual becomes exposed to more gunshot victims, his or her own chance of victimization increases.

During a recent visit to NSF, he described his research.

Q. What’s the focus of your current work?

A. My research looks at how gun violence is concentrated and moves among high-risk populations. The basic idea is to take the analogies about an “epidemic” of gun violence more seriously, applying what we know from public health and epidemiology to understand, quite literally, who gets shot. We can use that information not only to understand gun violence better, but to leverage it for intervention and prevention.

Q. When this problem is depicted in media, it’s often in terms of bad actors, good actors and the innocent people in between. You seem to talk about redefining who victims are.

A. This is where science and policy need to come into conversation with each other, because the majority of victims are young men with criminal records, and for a long time, the policy toward those people has been to lock them up -- to treat them as offenders, not victims. If you want to drive the number of victims down, you have to care about saving those lives. Period. You can’t move the homicide rate without saving the lives of young men with criminal records, and that means treating them differently than we have in the past.

This requires different solutions -- different employment opportunities, different services. If they’re coming out of jail, they’re likely to be homeless, they’re often unqualified for any family-sustaining jobs or have a difficult time getting those jobs that are available. Educational opportunities for them are abysmal.

Q. Why is it important from a research standpoint to have information about who the victims of gun violence are?

A. Part of the goal is to better understand the victims of gun violence, so they don’t just get lumped into categories. When we think about risk factors, that doesn’t help you understand who the individual victims are. Our research applies the methods we’ve learned in other areas of science to understand how particular individuals may or may not be in harm’s way. The idea is to understand who within a community is at the most elevated level of risk today, not just to create a set of aggregate risk factors. Those are often the people who don’t get the attention of services and systems, and I think they need not only research attention but policy attention.

A. It’s an epidemic on at least two fronts. On the first, most basic level, it’s an epidemic in terms of its unequal effect on the population. Young black men are affected at a rate much higher than young white men. The level of violence among that population is at an epidemic level. What my research shows is that it also moves in epidemic-like patterns throughout populations.

Q. Can you talk about some of the cascading effects you’ve seen in your research?

Q. Are you seeing commonalities among the communities you’ve studied, or are these individualized?

Q. How do you define a “network” for this research?

Q. This type of violence often seems to be an area where people seek simple solutions, but you talk about the idea of social system-wide solutions -- of addressing the problem from the prenatal ward all the way up to the ER. Why is that important?

A. The long-term solution, in terms of addressing the inequities in gun violence -- not just the absolute number of shootings, but the differences among populations -- comes down to fixing communities. We know the effects of education on reducing harm and trauma are massive. There have been studies that have shown that when a kid is exposed to a homicide, he basically loses three months of school. But what mitigates that is having a mentally healthy mother. Having health care for a mother isn’t trivial.

The kinds of support systems I’m talking about have to do with monitoring and supporting communities from a public health standpoint. When a community experiences a shooting or experiences violence, there should be systems in place that can be put into effect. The networked approach can provide a useful tool for interventions in the here and now, and hopefully create some room to work on larger community level change.