Carbon dioxide as much as one-third lower during ice ages 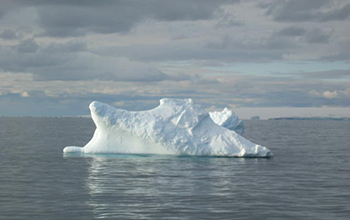 Since scientists first determined that atmospheric carbon dioxide was lower during ice ages than during warm phases, they have looked at why, theorizing that it may be a function of ocean circulation, sea ice, iron-laden dust or temperature.

Yet no computer model has been able to explain why CO2 levels were as much as one-third lower when an ice age settled in.

A new study published in Science Advances offers a compelling answer -- a  combination of temperature variation in sea water and iron from dust off Southern Hemisphere continents.

"Many past studies that analyzed ocean temperatures made the assumption that they cooled at the same rate over the entire globe," said Andreas Schmittner, a scientist at Oregon State University and co-author of the study. "We now know that the oceans cooled much more in some regions. Cold water has the potential to soak up a lot more carbon from the atmosphere than past studies accounted for."

Schmittner and his colleagues estimate that colder ocean temperatures would account for about half the decrease in CO2 during the last glacial maximum -- or peak of the last ice age.

"These researchers have come up with an elegant yet straightforward solution to a problem that has stumped generations of scientists," said Candace Major, a program director in NSF's Division of Ocean Sciences, which funded the research.