How much do climate fluctuations matter for global crop yields? 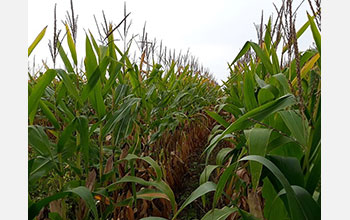 The El Niño-Southern Oscillation, ENSO, has been responsible for recent widespread, simultaneous crop failures, according to a new study by researchers at Columbia University, the International Food Policy Research Institute and partners.

The finding runs counter to a central pillar of the global agriculture system, which assumes that crop failures in geographically distant breadbasket regions such as the United States, China and Argentina are unrelated. The results underscore the potential opportunity to manage such climate risks, which can be predicted using seasonal climate forecasts.

“Global agriculture counts on the strong likelihood that poor production in one part of the world will be made up for by good production elsewhere,” said Weston Anderson, a scientist at the International Research Institute for Climate and Society and lead author of the study.

Anderson and his co-authors looked at the impact that ENSO, the Indian Ocean Dipole, and other climate patterns have had on global production of corn, soybeans and wheat. They analyzed how these modes of climate variability influenced drought and heat in major growing regions.

The team found that ENSO can, and has, forced multiple breadbasket failures, including a significant one in 1983.

"Understanding the factors that contribute to crop failures is a crucial step toward enhancing global food security," said Anjuli Bamzai, director of NSF’s Division of Atmospheric and Geospace Sciences, which funded the research. "This study provides insights into links between climate modes and crop yields at a regional level."