New computational tool for data scientists, biologists and other researchers 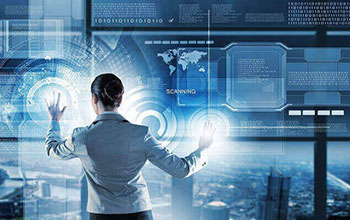 The social network LinkedIn tells a user how he/she is connected to another user. In real life, points of connection are not always that evident. However, identifying patterns or relationships and commonalities among entities is important for businesses, biologists, doctors, patients and others.

A new computational tool developed by University of Southern California electrical and computer engineer Paul Bodgan and his colleagues can quickly identify the affiliations and interrelationships among groups, items and people with greater accuracy than existing tools.

The researchers are scientific detectives, and the puzzle they are trying to figure out is how one clue, person, item or action is connected and related to another. Imagine a lab dedicated to a scientific "six degrees of ..." to discover interrelationships. The researchers are tackling what’s known as the "community detection problem" -- identifying and mapping out what individuals or items have in common and how they are connected.

The new tool could be used by political strategists trying to find voters' overlapping values or shared attributes, or by biomedical scientists who want to predict a drug's side effects or interactions -- without running years of experiments.

The scientists reported the results in the journal Scientific Reports.

The research was funded by NSF’s Directorate for Computer and Information Science and Engineering.