Common feature of cancer cells may also be their Achilles' heel 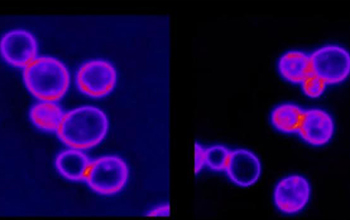 The vulnerability is rooted in a common feature among cancer cells — the high protein concentrations within the cells — that make them appear bloated and overstuffed, and that could be possible new targets for cancer treatments.

"Scientists are now thinking more about targeting the biophysical properties of cancer cells to make them self-destruct," says Rong Li, a cell biologist and oncologist at the Johns Hopkins University. Further studies are planned to confirm the findings in animal and human cancer cells.

A report on the research, led by Li, is published in the journal Nature.

The experiments focused on an abnormality in some chromosomes known as aneuploidy. Normal human cells have a balanced number of chromosomes: 46 in all, or 23 pairs of chromosomes. A cell with chromosomes having extra or fewer copies is called aneuploid.

"Aneuploidy is the number-one hallmark of cancer," says Li, and is found in more than 90% of solid tumor cancer types.

When cells gain chromosomes, Li says, they also get an extra set of genes that produce more than the normal amount of protein a cell makes. The excess can fuel growth abilities cells wouldn't normally have, sometimes allowing them to overgrow and develop into a tumor.

"This research uses a remarkable range of experimental methods to understand the basic physical properties of cells," says Jennifer Weller, a program director in NSF's Division of Biological Infrastructure, which funded the research. "Identifying the correct subset of cells having a common characteristic pattern led to the discovery that they converge on a common measurable trait."