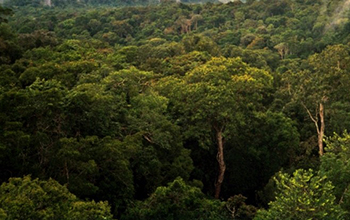 Current climate models underestimate how much plants ration water use in response to dry air.

Plants take up much of the water that falls to Earth. They use what they need before releasing it through tiny holes on the surfaces of their leaves, just as people release water vapor every time they exhale.

The rate at which plants release water, or transpire, depends partly on moisture levels in the air and soil. Climate change will shift this process more than previously predicted, according to new National Science Foundation-funded research by Stanford University scientists.

Published in Nature Climate Change, the results show that current climate models underestimate how severely plants ration their water use in response to dry air and overestimate the effect of dry soil. The findings suggest that plants in many regions will reduce the water loss from their leaves more than expected during hot, dry periods in the future, leaving more water available to percolate into reservoirs, underground aquifers, rivers, lakes and streams.

"This is good news," said study co-author Alexandra Konings of Stanford University. Yet there is also a dark side to the findings: While water resources may be less diminished, plant growth and carbon uptake will likely suffer more than most models predict.

"Whether plants will fare better in future droughts is a complex question," said lead author Yanlan Liu of Stanford.

For agricultural crops, current estimates of future water needs, growth and vulnerability are likely to be incorrect during periods when the atmosphere is very dry.

The scientists looked at a component of climate models that estimates evapotranspiration, the rate at which Earth's land surface and plants return water to the atmosphere.

"So much of the water in any ecosystem goes to evapotranspiration, which has implications for how much is left over for water resources for people," Konings said. "It also has big effects on weather and climate."

Added Irwin Forseth, a program director in NSF's Division of Integrative Organismal Systems, "This study emphasizes the importance of understanding multiple environmental effects on plant water uptake and loss. That understanding will increase our ability to make long-term predictions of biosphere-climate interactions into the future."