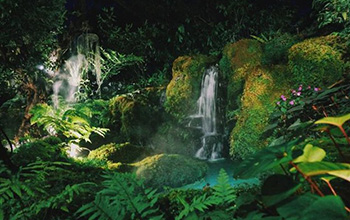 Many protected areas do not take into account the potential long-term effects of climate change.

For more than a decade, countries around the world have made progress in expanding protected area networks to conserve the planet's biodiversity. But according to a new study published in Global Change Biology, the locations of these protected areas do not account for the potential long-term effects of climate change.

Creating and managing protected areas is key for biodiversity conservation. With changes in climate, however, species will disperse to maintain their habitat needs. Those species that were in protected areas 10 years ago may move to areas outside protected zones -- new locales that match the temperature or food they need to survive.

Accurately predicting where species will migrate in a changing climate is difficult. Instead, U.S. National Science Foundation-funded researchers at the National Institute for Mathematical and Biological Synthesis and the University of Tennessee looked at how much land is available outside protected areas that could potentially serve to expand them.

The scientists conducted the first global, country-level assessment of three key land prioritization approaches that countries could use to expand their protected zones.

"We studied locations that will likely be most valuable to biodiversity as climate changes and found that most countries did not appear to target these types of lands for protection," said Luis Carrasco, lead author of the study.

The researchers looked at the amount of new protected areas in several regions: areas where climate change is projected to be slower; areas where the terrain can shelter a high number of species; and areas that increase connectivity between protected zones, which allow species to move between them to escape adverse climate conditions.

The study suggests that countries have not fully harnessed the potential of protected areas to protect biodiversity against climate change.

"Protecting the Earth and its inhabitants in the face of a changing climate is a difficult task," said Sam Scheiner, a program director in NSF's Directorate for Biological Sciences. "This assessment shows the need for a broad, multi-faceted approach in deciding how best to preserve the natural world."