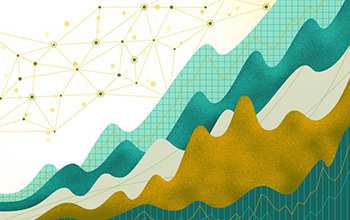 Graphs -- data structures that show relationships among objects -- are highly versatile. It's easy to imagine a graph depicting a social media network's web of connections.

But graphs are also used in programs as diverse as content recommendation (what to watch on Netflix?) and navigation (what's the quickest route to the beach?). As Massachusetts Institute of Technology researcher Ajay Brahmakshatriya summarizes, "graphs are basically everywhere."

Brahmakshatriya has developed software to run graph applications more efficiently on a wide range of computer hardware. The software extends GraphIt, a state-of-the-art graph programming language, to run on graphics processing units (GPUs) hardware that processes many data streams in parallel. The advance could accelerate graph analysis, especially for applications that benefit from a GPU's parallelism, such as recommendation algorithms.

Brahmakshatriya will present the work, partially funded by the U.S. National Science Foundation, at the International Symposium on Code Generation and Optimization.

When programmers write code, they don't talk directly to the computer hardware. The hardware itself operates in "binary" -- zeros and ones -- while the coder writes in a structured, "high-level" language made up of words and symbols.

Translating that high-level language into hardware-readable binary requires programs called compilers. "A compiler converts the code to a format that can run on the hardware," says Brahmakshatriya. GraphIt is one such compiler, specially designed for graph analysis.

Researchers developed GraphIt to optimize the performance of graph-based algorithms regardless of the size and shape of the graph. GraphIt allows the user not only to input an algorithm, but to schedule how that algorithm runs on the hardware.

"Data analytics, including graph processing, that take advantage of massively modern parallel hardware in real-time can benefit many applications that directly affect quality of life and enable informed decision-making based on quickly changing data inputs," says Almadena Chtchelkanova, a program director in NSF's Directorate for Computer and Information Science and Engineering.