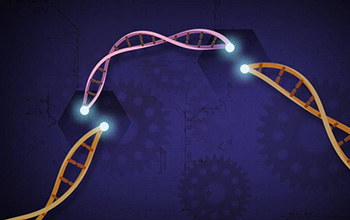 Scientists are expanding genome editing and engineering in plants

The research of plant scientist Yiping Qi at the University of Maryland focuses on innovative genome editing and engineering techniques in plants, with the goal of improving the efficiency of food production.

The results of this U.S. National Science Foundation-funded research, published in Nature Communications by Qi and colleagues, contribute six novel variants of CRISPR-Cas12a that have never before been proven in plants, testing them first in rice, a major global crop.

In addition to allowing for a much broader scope of possible gene editing targets, these new tools can edit many different sites in the genome at once, or repress gene expression to tone down undesirable traits. These patent-pending tools greatly expand the scope of what CRISPR-Cas12a can do in plants, which can help produce food more effectively to feed a growing global population.

Cas12a (like other CRISPR systems) has been tied to targeting a specific short sequence of DNA known as a PAM sequence. The PAM sequence is what CRISPR systems use to identify where to make their molecular cuts in DNA. However, the new Mb2Cas12a variant introduced by Qi works under relaxed PAM requirements, broadening the scope of what can be targeted for editing.

The system has major implications for precision breeding and the efficiency of food production, says Qi. "For precision breeding, how many genes you can edit at once is important because you can target almost anything and tailor the product. We targeted disease resistance and yield, but you can add more traits like nitrogen use efficiency, and climate resilience traits such as temperature tolerance."

Future work will expand these tools into other plants and crops. "This technology helps increase crop yield to sustainably feed a growing population in a changing world," says Qi.

Adds Diane Okamuro, a program director in NSF's Division of Integrative Organismal Systems, "This is an excellent example of how NSF's investments in genomics resource and tool development drive progress, providing the technologies necessary to advance the growing bioeconomy and industries of the future."