Future of digital memory storage may be in chemically synthesized DNA 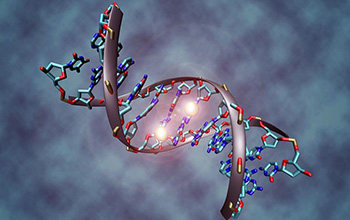 The future of digital memory storage may be in chemically synthesized DNA.

The color of a person's eyes, the thickness of a potato's skin, the shape of a flower: What do these seemingly disparate elements have in common? They are all shaped by DNA, which carries the genetic instructions that shape life. What if DNA could encode more than genetic information, such as digital archival data?

It might sound like something out of a science fiction movie, but in a U.S. National Science Foundation-funded study published in Nature Communications, researchers at Boise State University revealed that the future of digital memory storage may be found in the programmable qualities of chemically synthesized DNA.

"We are taking advantage of the information density and programmability of DNA as a memory material," explained Boise State materials scientist and engineer Will Hughes.

Led by Hughes and Boise State scientist George Dickinson, the team was able to encode digital information into DNA, read it back using an optical microscope, and perform error correction on the data to ensure the integrity. The technique did not require sequencing technology, which historically has been necessary to read DNA information.

Added Usha Varshney, a program director in NSF's Directorate for Engineering, "This digital information storage in chemically synthesized DNA brings us closer to the reality of practical use than we might have thought possible."