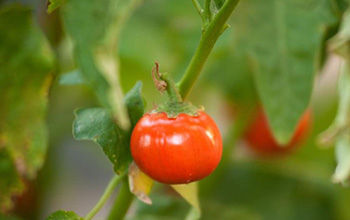 Scientists have obtained genetic data that will help food crops like tomatoes and rice survive longer, more intense periods of drought as the planet warms.

Over the last decade, University of California researchers sought to create a molecular atlas of crop roots, where plants first detect the effects of drought and other environmental threats. In so doing, the researchers uncovered genes that scientists can use to protect the plants from these stresses.

"Frequently, researchers do lab and greenhouse experiments, but farmers grow things in the field, and this data looks at field samples, too," said Neelima Sinha, a University of California, Davis, plant biologist and the paper's co-author.

Xylem are hollow, pipe-like vessels that transport water and nutrients from the roots all the way up to the shoots. Without transport in xylem, the plant cannot create its own food via photosynthesis. "Xylem are very important to shore up plants against drought as well as salt and other stresses," said lead study author Siobhan Brady, a plant biologist at UC Davis.

In turn, without plant mineral transport in xylem, humans and other animals would have fewer vitamins and nutrients essential for their survival. In addition to typical players needed to form the xylem, new and surprising genes were found.

Key genes are those that direct an outer layer of the root to produce lignin and suberin. Lignin is a complex substance that makes plants rigid and woody, while suberin is the key substance in cork, and surrounds plant cells in a thick layer, holding in water during drought.

Crops like tomatoes and rice have suberin in the roots. Apples have suberin surrounding their outer cells. Anywhere suberin occurs, it prevents the plant from losing water. Lignin also waterproofs cells and provides mechanical support.

"Investigating which cell in the root tip expresses which genes under which condition, in different plant species, provides us with a picture of which genes are conserved, encoding basic biological functions, and which genes allow plants a flexible response to environmental stresses, such as drought or nutrient limitation," said Gerald Schoenknecht, a program director in NSF's Division of Integrative Organismal Systems.