What causes the deep Earth's most mysterious earthquakes?

Scientists may have cracked the case of Earth's deep quakes 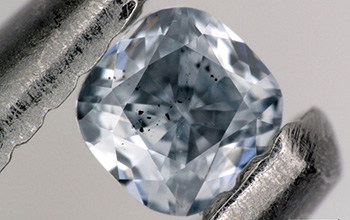 The cause of Earth's deepest earthquakes has been a mystery to science for more than a century, but a team of Carnegie Institution for Science scientists may have cracked the case.

Most earthquakes occur within 70 kilometers of the Earth's surface; they happen when stress builds up at a fracture between two blocks of rock, known as a fault, which causes them to suddenly slide past each other.

However, deeper in the Earth, the intense pressures create too much friction to allow this sliding to occur, and high temperatures enhance the ability of rocks to deform to accommodate changing stresses. Since the 1920s, scientists have identified earthquakes that originate more than 300 kilometers below the surface of the Earth.

"The big problem that seismologists have faced is how it's possible that we have these deep-focus earthquakes at all," said Wagner. "Once you get a few tens of kilometers down, it becomes incredibly difficult to explain how we are getting slip on a fault when the friction is so incredibly high."

Ongoing work over the past several decades has shown that water plays a role in intermediate-depth earthquakes -- those that occur between 70 and 300 kilometers below Earth's surface. In these instances, water is released from minerals, which weakens the rock around the fault and allows the blocks of rock to slip. However, scientists didn't think this phenomenon could explain deep-focus earthquakes, largely because it was believed that water and other fluid-creating compounds couldn't reach Earth's interior to provide a similar effect.

That changed when Shirey and Wagner compared the depths of rare deep-Earth diamonds to the mysterious deep-focus earthquakes.

"Diamonds form in fluids," explained Shirey, "if diamonds are there, fluids are there." And the possibility of deep quakes.