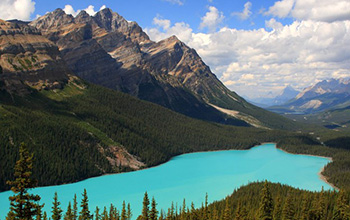 Oxygen levels in the world's temperate freshwater lakes are declining rapidly -- faster than in the oceans -- a trend driven largely by climate change that threatens freshwater biodiversity and drinking water quality.

U.S. National Science Foundation-funded research published in Nature found that oxygen levels in surveyed lakes across the temperate zone have declined 5.5% at the surface and 18.6% in deep waters since 1980.

"All complex life depends on oxygen; it's the support system for aquatic food webs," said Kevin Rose of Rensselaer Polytechnic Institute, a paper co-author. "And when you start losing oxygen, you have the potential to lose species. Lakes are losing oxygen 2.75-9.3 times faster than the oceans, a decline that will have impacts throughout the ecosystem."

Researchers analyzed a combined total of more than 45,000 dissolved oxygen and temperature profiles collected since 1941 from nearly 400 lakes around the globe. Most long-term records were collected in the temperate zone, which spans 23 to 66 degrees north and south latitude. In addition to biodiversity, the concentration of dissolved oxygen in aquatic ecosystems influences greenhouse gas emissions, nutrient biogeochemistry and ultimately human health.

Although lakes make up only about 3% of Earth's land surface, they contain a disproportionate concentration of the planet's biodiversity. Lead author Stephen Jane said the changes are concerning both for their potential impact on freshwater ecosystems and for what they suggest about environmental change in general.

"Lakes are indicators or 'sentinels' of environmental change and potential threats to the environment because they respond to signals from the surrounding landscape and atmosphere," said Jane. "We found that these biodiverse systems are changing rapidly, indicating the extent to which ongoing atmospheric changes have already impacted ecosystems."

Added Elizabeth Blood, a program director in NSF's Division of Environmental Biology, "This research highlights the value of integrating both long-term and large-scale data to develop an understanding of the impacts of ongoing climate and land-use changes."