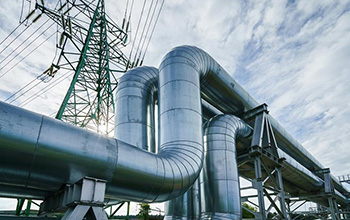 In New England, constraints in the supply of natural gas have led to nearly a quarter of all unscheduled power plant outages. In a new study, researchers used data from power plant failures in the 2010s to develop a supply curve of the costs required for generators to mitigate fuel shortages in the region. The research found that storing both oil and gas on site could reduce dependence by power plants on gas grids in geographic areas with few pipelines.

The study was conducted by researchers at Carnegie Mellon University, Penn State, and the North American Electric Reliability Corporation. It is published in The Electricity Journal.

In this study, researchers analyzed a database of historical power plant failures, using data from the North American Electric Reliability Corporation. They calculated the cost of on-site fuel storage at natural gas power plants to mitigate the worst gas shortages in New England during the seven years studied.