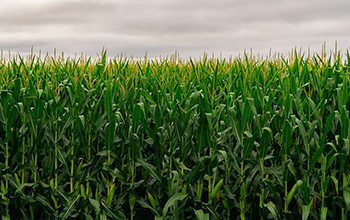 Pollution reductions contributed to an increase in corn and soybean yield.

A key factor in America’s prodigious agricultural output turns out to be something farmers can do little to control: clean air. A Stanford University-led study estimates pollution reductions between 1999 and 2019 contributed to about 20% of the increase in corn and soybean yield gains during that period -- an amount worth about $5 billion per year.

The analysis, published this week in Environmental Research Letters, reveals that four key air pollutants are particularly damaging to crops, and accounted for an average loss of about 5% of corn and soybean production over the study period. The findings could help inform technology and policy changes to benefit American agriculture and underscore the value of reducing air pollution in other parts of the world.

The research highlights the considerable power of satellites to illuminate pollution impacts at a scale not possible otherwise. That power could be of even greater value in countries with less access to air monitors and yield data.

Scientists have long known that air pollution is toxic to plant life in high doses, but not how much farmers' yields are actually hurt at current levels. The impact of pollution on agriculture overall, as well as the effects of individual pollutants, has also remained unknown.

The U.S. National Science Foundation-funded researchers estimated that total yield losses from the four pollutants averaged 5.8% for maize and 3.8% for soybean over the past two decades. Those losses declined over time as the air grew cleaner. In fact, the reduction in air pollution contributed to an estimated 4% growth in corn yields and 3% growth in soybean yields -- increases that equal 19% of corn's overall yield gains during the timeframe and 23% of soybeans' overall yield gains.

"We are learning more and more about the co-benefits of reducing power plant emissions of pollutants," said Laura Lautz, a program director in NSF's Division of Earth Sciences. "In addition to the public health and water quality benefits, this study shows that improved air quality also increases crop yields. These co-benefits are important for evaluating the impact of air quality regulations."