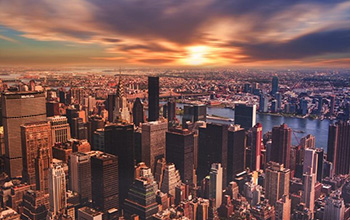 During the summer of 2020, more than one-quarter of the U.S. population suffered from exposure to extreme heat, according to a new study led by scientists at the National Center for Atmospheric Research, or NCAR, in Boulder, Colorado.

The heat-related symptoms people reported, ranging from nausea and muscle cramps to more serious conditions such as fainting and confusion, occurred as the economic downturn and social distancing made it harder to escape sweltering temperatures.

The study found that those who were most vulnerable to the impacts of summer heat included women, those in low-income households or who were unemployed or furloughed, and those who identify as Hispanic or Latino.

The research team surveyed thousands of people to determine the effects of heat at a time when millions of Americans were out of work and fears about the spread of COVID-19 led officials to temporarily shutter community centers, libraries and other cooling centers.

"The two health hazards of extreme heat and COVID-19 intersected in a way that magnified existing vulnerabilities and put millions of Americans at risk from heat stress," says NCAR scientist Olga Wilhelmi, the lead author.

Results of the surveys showed that a high number of people found it more difficult than normal to change their routines and escape high temperatures, or to access good medical care. Although many Americans have air conditioning, about 1 in 5 respondents could not adequately cool their homes, often because of the high costs of running or maintaining their air conditioners.

Scott Freundschuh, a program director in NSF's Division of Behavioral and Cognitive Sciences, adds, "This research provides new knowledge about health risks during extreme weather events -- a growing environmental hazard -- as well as critical information public health and emergency management officials can use to mitigate extreme impacts on U.S. communities."