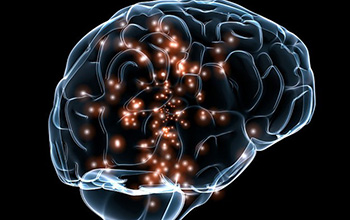 A new study shows that an antibody treatment could help traumatic brain injuries.

You've been in a car accident and sustained a head injury. You recovered, but years later have difficulty sleeping. You also become very sensitive to noise and bright light and find it hard to carry out daily activities or perform well on the job.

This is a common situation after a traumatic brain injury -- many people experience negative side effects months or years later. These long-term effects can last a few days or the rest of a person's life.

"No therapies currently exist to prevent the disabilities that can develop after a brain trauma," said Jeanne Paz, a U.S. National Science Foundation-funded scientist at Gladstone Institutes. "Understanding how the traumatic brain injury affects the brain, especially in the long term, is a really important gap in research that could help develop new and better treatment options."

In a new study published in the journal Science, Paz and her team helped close that gap. They identified a specific molecule in a part of the brain called the thalamus that plays a key role in secondary effects of brain injury, such as sleep disruption, epileptic activity and inflammation. In collaboration with scientists at Annexon Biosciences, they also showed that an antibody treatment could prevent the development of these negative outcomes.

Traumatic brain injury, which can range from a mild concussion to a severe injury, is caused by a blow, bump or jolt to the head from an accident such as a fall, sports or gunshot injury, or an explosion.

Traumatic brain injury affects 69 million people around the world annually and is the leading cause of death in children and a major source of disability in adults.

"These injuries are frequent and can happen to anyone," said Paz. "The goal of our study was to understand how the brain changes after traumatic brain injuries and how those changes can lead to chronic problems, such as the development of epilepsy, sleep disruption, and difficulty with sensory processing."