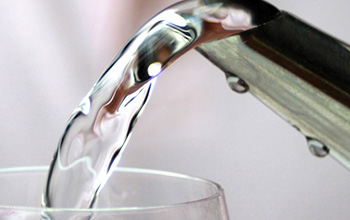 U.S. National Science Foundation-funded scientists at Tufts University have developed a new filtering technology inspired by biology that could help curb a drinking water-related disease that affects tens of millions of people worldwide. It could also potentially improve environmental remediation and industrial and chemical production, among other processes.

Reporting in Proceedings of the National Academy of Sciences, the researchers demonstrated that their novel polymer membranes can separate fluoride from chloride and other ions -- electrically charged atoms -- with twice the selectivity reported by other methods. The scientists say application of the technology could prevent fluoride toxicity in water supplies where the element occurs naturally at levels too high for human consumption.

"America's Seed Fund supports companies' technical work on the most promising advances and solutions to high-impact problems," said Anna Brady-Estevez, a program director in NSF's Directorate for Engineering. "Fluoride poisoning causes severe health issues globally, and technologies such as these offer the opportunity to reduce fluoride in water to healthy levels."

It is well known that adding fluoride to a water supply can reduce the incidence of tooth decay, including cavities. Less well known is the fact that some groundwater supplies have such high natural levels of fluoride that they can lead to severe health problems.

Prolonged exposure to excess fluoride can cause fluorosis, a condition that can weaken the teeth, and calcify tendons and ligaments. The World Health Organization estimates that excessive fluoride concentrations in drinking water have caused tens of millions of dental and skeletal fluorosis cases worldwide.

The ability to remove fluoride with a relatively inexpensive filtering membrane could protect communities from fluorosis without requiring the use of high-pressure filtration or having to completely remove all components and then remineralize the drinking water.

"The potential for ion-selective membranes to reduce excess fluoride in drinking water supplies is very encouraging," said Tufts scientist Ayse Asatekin. "But the technology's potential usefulness extends beyond drinking water to other challenges. The method we used to manufacture the membranes is easy to scale up for industrial applications."