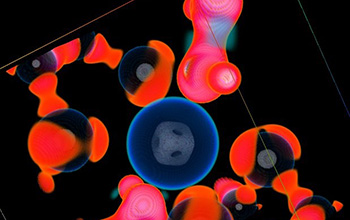 Scientists have developed a way to generate pharmaceutical reactions using iron as a catalyst.

Cross-coupling reactions -- the joining of fragments of molecules with the aid of a metal catalyst -- are a critical part of pharmaceutical production, usually relying on expensive, rare metals like palladium. Researchers at the University of Rochester and the University of Maryland, partially funded by the U.S. National Science Foundation, developed a three-component cross-coupling reaction that produces less expensive synthetics of hard to produce pharmaceutical compounds in one step using iron. The findings were published in the journal Science.

"This is a tremendous leap forward in developing effective and practical iron-based reactions that the pharmaceutical industry could utilize," said Michael Neidig of the University of Rochester, a co-author of the study.

Carbon bond-forming reactions are important in manufacturing pharmaceutical and other chemical products, but often require rare and expensive metals. Iron is inexpensive, readily available and less toxic than other metals like palladium, but the instability of the iron carbon bond has limited its use as a catalyst in this type of reaction. Replacing rare metals with abundant and non-toxic iron is more stable and sustainable.

The researchers studied the mechanics of iron-catalyzed carbon bond-forming reactions and successfully created a three-component coupling that increased the potential for chemical bonds to form during the reaction and reduced the instability of the iron carbon bonding. The development simplifies an expensive and complex multi-step process to generate pharmaceutical reactions using iron as a catalyst.