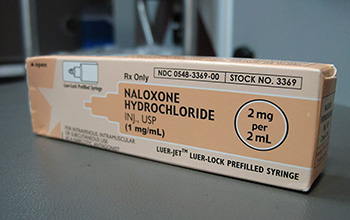 Scientists have developed a wearable device that detects and treats opioid overdoses.

Opioid toxicity can be reversed when the overdose antidote naloxone is administered in time. Researchers at the University of Washington, funded by the U.S. National Science Foundation, developed a wearable device that can detect and reverse an opioid overdose. The technology could play a transformative role in addressing the national public health crisis of opioid overdoses, the scientists said.

The research team combined a subcutaneous auto-injector system and sensors equipped with an algorithm to detect life-threatening respiration patterns that occur during opioid overdoses. The wearable device senses when the user stops breathing and moving and administers naloxone.

"The opioid epidemic has become worse during the pandemic and has continued to be a major public health crisis," said lead author Justin Chan. "We have created algorithms that run on a wearable injector to detect when the wearer stops breathing and automatically inject naloxone."

The wearable auto-injector “may have the potential to reduce fatalities due to opioid overdoses," co-author Shyam Gollakota said. "We are hopeful it can have a tangible impact on a big source of suffering in this country."

The device was tested in clinical studies with volunteers in supervised facilities and successfully intervened when participants showed signs of opioid overdose. The data indicate that the device could help people at different stages of opioid overdose avoid accidental death. More studies on the design of the device, its suitability for long-term or unsupervised use, and non-medical users of opioids are needed.

The team detailed the prototype device in Scientific Reports.