Researchers compiled a dataset of more than 200,000 plant species 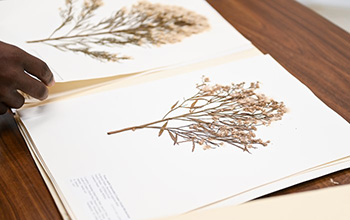 Species extinction, the introduction of non-native plants, climate change and pollution are all major drivers of changes in biological communities. Though these patterns have been well-studied, most investigations focus on only one of these drivers at a time, and often focus locally rather than globally.

In a U.S. National Science Foundation-funded study published in Nature Communications, researchers have compiled a dataset of more than 200,000 plant species worldwide to demonstrate the extent to which species extinctions and the introduction of non-native invasive plants reorganize plant communities in the Anthropocene, the current geological age dominated by human activity.

Daru, along with senior author Charles Davis and their colleagues, began the project several years ago by mapping North American biomes. As the project progressed, they expanded it to include the biomes of Australia, South Africa, Europe and China. The study examined how landscapes and communities of plants change, especially following the bridging of the Eastern and Western Hemispheres roughly 500 years ago. The analyses captured on a large scale the striking loss of species' distinctiveness across landscapes, leading the researchers to ask: what are the contributing factors to these changes?

"These scientists were able to reject a hypothesis first proposed by Darwin, that non-native species are less likely to establish in communities if they are closely related to the native resident species," said Betsy Von Holle, a program director in NSF's Division of Environmental Biology. "This global-scale research is made possible by the digitization of herbarium specimens worldwide."