Research suggests where these species may be 'hidden' 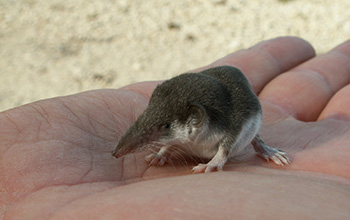 Small mammals are more likely than larger animals to be 'hiding' new species.

Hundreds of still unidentified species of mammals are "hiding" in plain sight around the world, a new study suggests. Researchers found that most of these hidden mammals are small-bodied, such as bats, rodents, shrews and moles.

These unknown mammals are hidden partly because most are small and look so much like known animals that biologists have not been able to recognize that they are a different species, said study co-author Bryan Carstens of The Ohio State University.

The study was published in the journal Proceedings of the National Academy of Sciences.

The U.S. National Science Foundation-supported team, led by Ohio State researcher Danielle Parsons, used a supercomputer and machine-learning techniques to analyze millions of publicly available gene sequences from 4,310 mammal species, as well as data on where the animals live, their environment, life history and other relevant information.

"Modern computational approaches such as those used in this study to integrate multiple data sets offer exciting potential to extract new information from existing data through meta-analyses like this one," said Peter McCartney, a program director in NSF's Division of Biological Infrastructure.

That allowed the scientists to build a model to identify the taxa of mammals that are likely to contain hidden species.

"Based on our analysis, a conservative estimate would be that there are hundreds of species of mammals worldwide that have yet to be identified," Carstens said. That finding would not be surprising to biologists, he said. Only an estimated 1% to 10% of Earth's species have been formally described by researchers.

"What we did that's new is predict where these new species are most likely to be found," Carstens said. The researchers' model also predicts that hidden species would most likely be discovered in species that have wider geographic ranges with higher variability in temperature and precipitation.