Study of organisms in the sea identifies 5,500 new species 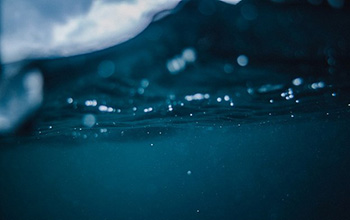 Ocean water samples collected around the world have yielded a treasure trove of new data on RNA viruses, expanding ecological research possibilities and reshaping researchers' understanding of how these tiny but significant particles evolved.

Combining machine-learning analyses with traditional evolutionary trees, an international team of researchers has identified 5,500 new RNA virus species that represent all five known RNA virus phyla -- the taxonomic rank below kingdom. The study, supported in part by the U.S. National Science Foundation, is published in the journal Science.

"The huge variety of viruses in the ocean works in ways that can control the elemental cycles that sustain ocean life," said Mike Sieracki, a program director in NSF's Division of Ocean Sciences. "There is much more research to be done and many new discoveries to be made."

The most abundant collection of newly identified species belongs to a proposed phylum the researchers have named Taraviricota. "There's so much new diversity here -- and an entire phylum, the Taraviricota, are found all over the oceans, which suggests they're ecologically important," said lead author Matthew Sullivan, a microbiologist at The Ohio State University.

"RNA viruses are clearly important in our world, but we usually only study a tiny slice of them – the few hundred that harm humans, plants and animals. We wanted to systematically study them on a bigger scale and explore an environment no one had looked at deeply."

While microbes are essential contributors to life on the planet, viruses that infect or interact with them have a range of influences on microbial functions. These viruses are believed to have three main functions: killing cells, changing how infected cells manage energy, and transferring genes from one host to another.

Knowing more about virus diversity and abundance in the world's oceans will help explain marine microbes' roles in ocean adaptation to climate change, the researchers said. Oceans absorb half the human-generated carbon dioxide from the atmosphere. Studies have suggested that marine viruses are the "knob" on a biological pump affecting how carbon in the ocean is stored.