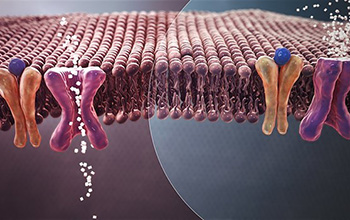 Conventional treatments for diabetes can increase the risk of neurological problems, an under-researched side effect. U.S. National Science Foundation-supported scientists based at The Ohio State University developed a nanomaterial that binds insulin to a group of amino acids that includes antioxidants.

"We found in mice that our molecule and insulin combined was better than each treatment alone in reversing diabetes-related problems, and produced dramatically improved cognitive performance compared to all other groups," said Ouliana Ziouzenkova, senior author of the study.

The beneficial results could be caused by the nanomaterials' effect on how the body metabolizes glucose. "Our concept provided a balanced metabolic effect involving a unique pathway that is induced by this supramolecular complex," Ziouzenkova noted.

The amino acid-based nanomaterial could be adapted for other neurological and metabolic disorders.