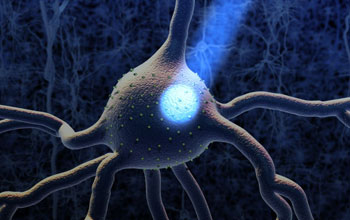 Scientists are developing ways to tease out the role specific neurons play in disease.

He was all right with either option.

"I'm a big fan of the 'give it a try' method. If you design an experiment to be a constructive failure, that is, if you design it so that it will still tell you something even if it doesn't work, it's a way to begin to figure out what's going on."

As it turned out, he was in for a very long night.

"We got lucky, it worked on the first try," says Boyden.

The successful experiment that night in 2004 ultimately led to the development of a revolutionary new research technique known as optogenetics. Optogenetics enables scientists to use light to precisely control the activity of neurons in the brain.

Now a professor at the Massachusetts Institute of Technology, Boyden is being recognized for his contributions; he has been named by the Grete Lundbeck European Brain Research Foundation as one of six recipients of the 2013 Brain Prize, a prestigious 1 million Euro award created in 2010 to stimulate and reward outstanding brain research.

From the time he began his graduate career at Stanford University in the fall of 1999, Boyden knew he wanted to apply his training in electrical engineering to understanding the brain. Today, he recalls the many late night brainstorming sessions that he shared with colleague Karl Deisseroth--also a recipient of this year's Brain Prize--about potential ways to determine how brain cells work together.

Boyden and Deisseroth knew that existing technologies, such as electrical stimulation, wouldn't cut it when it came to understanding the big picture of how the brain works.

For one thing, scientists didn't understand whether zapping the brain with electricity increased or decreased the activity of brain neurons.

"We were trying to work backwards from the goal of understanding the brain as a whole," says Boyden. "We wanted to engineer the tools that would get us there."

Harnessing light as a tool for brain research

Francis Crick, of the DNA-discovering duo Watson and Crick, first proposed the idea of using light to control brain activity in 1999.

Crick reasoned that if specific populations of neurons could be compelled to respond to light while others remained immune to it, researchers could effectively turn targeted neurons "on" or "off" with light, and thereby identify the respective functions of these neurons.

But there was an important hurdle that had to be overcome first: Scientists didn't yet know how to compel neurons to respond to light.

But in 2002, scientist Gero Miesenböck showed that if a small fragment of DNA from a fruit fly were inserted into mammalian neurons, the neurons would respond to light with a flurry of electrical activity.

Boyden's groundbreaking light experiment in 2004 used Miesenböck's technique--but with a twist. Instead of inserting Miesenböck's fruit fly-derived protein into the cultured neurons before he pulsed light through them, Boyden inserted a protein known as channelrhodopsin-2 (ChR2).

This new technique for studying the brain, dubbed "optogenetics," improves upon existing technologies in several critical ways. For example, investigators know that the neurons that express ChR2 are being activated, as opposed to silenced, by the light. This allows them to say with certainty that any effects they observe are related to an increase in activity in the targeted neurons.

Additionally, unlike electrical stimulation, which can damage the very cells targeted for manipulation, light itself apparently has few, if any, negative effects on targeted neurons and surrounding tissue. Importantly, investigators can express the protein in certain neurons, without affecting others, making it easier to tease out the role of specific subsets of brain cells.

Since 2004, Boyden and Deisseroth have identified proteins that can be used to activate or silence targeted neuronal populations. This advance enables researchers to choose whichever approach--either activation or silencing--is more useful for their particular research focus.

With funding from NSF, Boyden and Deisseroth have also generated advances in optogenetics technology that enable more precise manipulation of neuronal activity than had ever before been possible.

According to Boyden, optogenetics will not only shed light on how the healthy brain works, but will also provide insight into what happens when things go wrong.

"Optogenetics is a powerful tool that we can use to hunt down areas of the brain that are involved in brain disorders," says Boyden. "It can help us identify potential new targets for drug therapy or deep brain stimulation."

This could be particularly critical for brain diseases such as autism, post-traumatic stress disorder and epilepsy that are difficult to study because their underlying dysfunctions are often associated with functional, rather than structural, problems in the brain's circuitry.

But what Boyden sees as one of the most important contributions of technologies like optogenetics is the fact that they remove some of the mystery, and fear, about how the brain works.

"One thing technologies like optogenetics do is help show that brain disorders are understandable and oftentimes treatable," say Boyden. "This goes a long way when we think about removing the stigma of mental illness and psychiatric disorders."

Boyden has received many well-deserved accolades for his work in the last several years. The Lundbeck Foundation's award, however, is particularly special to him because it celebrates collaborative science; he will share it with Deisseroth, as well as with other scientists--including Miesenböck, Bamberg, Hegemann and Nagel--who helped lay the groundwork for optogenetics.

"My hope is that this encourages more omni-disciplinary research, and greater recognition of this type of collaboration," says Boyden.