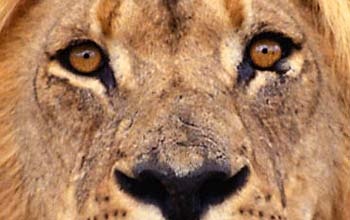 As the human population grows, ill-fated encounters with wild animals also increase. According to a study published in the Aug. 18 issue of the journal Nature, 871 humans were killed or injured by marauding lions in Tanzania in the past 15 years. Analysis of the circumstances led Craig Packer, an ecologist at the University of Minnesota, and his colleagues to propose that control of Tanzania's bush pig population may help reduce these incidents.

Tanzania's human population has increased from 23.1 million in 1988 to 34.6 million in 2002, with a parallel increase in encounters with its estimated 25,000 lions. To compound the problem, populations of the lion's preferred prey, including kudu, impala, wildebeest and zebra, have drastically dwindled. At the same time, the bush pig--a rapidly breeding, crop pest--has thrived in agricultural areas. Now, bush pigs are likely a mainstay in the lions' diet, especially in regions where humans have altered the environment of the Serengeti.

Packer found that about 39 percent of the attacks happened during the March-May harvest season, when farmers often sleep in the fields to protect their crops from the foraging bush pigs. Victims also include nursing mothers, children at play outside and people dragged from their beds at night.

"Unfortunately, the bush pigs attract the lions close to the humans. The consequences are often deadly--for the human, the lion or both," said Packer. "It's a tragic situation."

Besides demonstrating the intricate coupling of humans with the environment, Packer's study also offers a practical recommendation to help reduce the number of attacks: Control the number of bush pigs so lions on the prowl will not find themselves in such close proximity to humans.

Packer and other wildlife biologists worry that indiscriminate killing of lions is devastating the population. The number of lions killed by humans has likely increased 10-fold over the past decade.

The National Science Foundation, Conservation Force and the Tanzanian Government provided support for this study.

For a complete story see the University of Minnesota press release at http://www.ur.umn.edu/FMPro?-db=releases&-lay=web&-format=unsreleases/releasesdetail.html&ID=2375&-Find