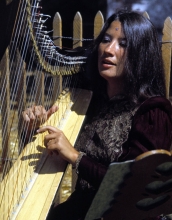 Researchers at Carnegie Mellon have optimized methods to convert sound into digital signals.

Inspired by the way sound is processed in the brain, researchers at Carnegie Mellon University (CMU) have devised a new, highly efficient scheme for converting sounds to digital form. The payoff could be a significant improvement in the sound quality of cochlear implants, digital audio players, cellular telephones and many other devices.

Evan Smith and Michael Lewicki, both supported by the National Science Foundation (NSF), report in the Feb. 23 issue of Nature that their "spike code" method is three-to-four times more efficient than currently used algorithms. In other words, only one-third to one-fourth as much information is needed to achieve the same sound fidelity.

Lewicki, who works in CMU's Laboratory for Computational Perception and Statistical Learning, studies the computational principles that underlie the brain's ability to represent and process complex, real-world patterns--sound and sight in particular.

"We're excited to have developed a theoretical model that gives new insight into how the brain codes sound. This is a major advance in theoretical neuroscience because it's one of the few times where a theory has explained basic neural data. With our simple code and the right ensemble of acoustic signals, you can understand how sound is encoded for transmission to the brain at an astonishing level of detail," said Lewicki.

That insight, in turn, could find practical application in devices such as cochlear implants, which compensate for certain types of nerve damage in the inner ear. With today's implants, some users find that even a pure tone, such as those used in hearing tests, sound like a garbage disposal being switched on. But Lewicki is optimistic that spike coding will let electronic devices communicate with the brain through signals that are closer to the natural variety, leading to sound that is more realistic and speech that is more intelligible.

Kenneth Whang, an NSF program manager familiar with Lewicki's work, commented that as we see and hear the world around us, our brains solve fantastically difficult computational challenges and this important research shows how an understanding of the brain's coding strategies may result in more efficient systems for processing speech and other sounds.

Smith and Lewicki's results also suggested that the acoustic structure of human speech mimics the natural sounds that the mammalian hearing system evolved to recognize before language existed. This is because both speech and natural sounds yield the same optimal code. For example, consonants are like "impact sounds"--sounds that might alert an animal to an approaching danger, such as footsteps or breaking twigs. Vowel sounds, on the other hand, are reflective of animal vocalizations.

For more on this story see the CMU press release.