Process detects known cancer-related genes as well as new ones 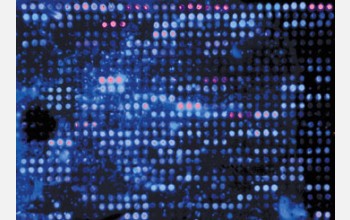 Researchers at New York University's Courant Institute of Mathematical Sciences have developed a new algorithm that makes it much easier to detect certain cancer genes, and as a test, have applied it to map a set of tumor-suppressor genes involved in lung cancer.

The research team includes Iuliana Ionita, a Ph.D. student in computer science, Raoul-Sam Daruwala, a former research scientist from Courant Bioinformatics group and currently at Google, and Courant Professor Bhubaneswar Mishra. Their findings will appear in the July issue of the American Journal of Human Genetics.

An algorithm is a step-by-step process for solving problems mathematically or by computer. The new one works by combining and manipulating the data generated by "gene chips," which can scan large swaths of a genome at once to find mutations or other changes in the DNA. The algorithm estimates whether an important genomic segment is missing. The process is akin to guessing whether a new edition of a book lacks an important paragraph by checking if some of the key words in that paragraph are missing from the index.

As a test, the researchers applied the algorithm to currently available data from lung-cancer patients, and discovered they could detect many cancer-related genes that were already known -- along with several other genes that were not.

The research was supported by grants from the National Science Foundation, the Defense Advanced Research Projects Agency, the U.S. Army Medical Research and Materiel Command, and the New York State Office of Science, Technology and Academic Research.