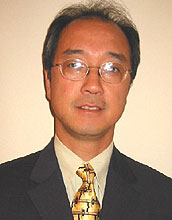 The National Science Foundation has named Dr. Tony F. Chan, Dean of Physical Sciences at the University of California at Los Angeles, to be Assistant Director for Mathematics and Physical Sciences (MPS) at NSF. In that position, Dr. Chan will guide and manage research funding totaling approximately $1 billion a year to support astronomy, physics, chemistry, mathematics, materials science and multidisciplinary activities.

Since becoming Dean of the Division of Physical Sciences at UCLA in 2001, Dr. Chan has overseen six departments and several research institutes comprising more than 200 faculty, 1,700 undergraduates, and 700 graduate students. The division receives over $60 million annually in research awards. His responsibilities there included policy, planning, budget, faculty recruitment, retention and promotion, education and research programs, and fund raising.

"We are delighted that NSF can benefit from Tony's extraordinary record as a scientist and an administrator, especially at this critical time in the history of mathematics and physical sciences," said NSF Director Arden L. Bement, Jr. "America has turned to the foundation for leadership in fundamental research and in sustaining our national competitiveness. No one is better suited to meet that challenge than Tony Chan is."

"Tony Chan is an outstanding scholar and a visionary administrator. He has greatly benefited UCLA, especially the College of Letters and Science, through his strong commitment to interdisciplinary research, involving units within the physical sciences, engineering, medicine, and the life sciences," UCLA Chancellor Albert Carnesale said. "Although UCLA will greatly miss his energy, enthusiasm and leadership, we wish him well in his new endeavors."

Dr. Chan has also served on a number of national and professional panels, including the National Academies' National Committee on Mathematics, NSF's MPS Advisory Committee (1999-2002), the search committee for the director o NSF's Division of Mathematical Sciences (chair, 2002), the Lawrence Livermore National Laboratory's Computation Directorate Advisory Committee (2000-2004), the NSF's Division of Mathematical Science Committee of Visitors, and the University Space Research Association's Science Council for Applied Mathematics and Computer Science. He is one of five delegates representing the United States at the General Assembly of the International Mathematics Union to be held in Santiago de Compostela, Spain, this year.

He received a B.S. in engineering and an M.S. in aeronautics from Caltech in 1973, and his Ph.D. in computer science from Stanford University in 1978. He taught at Yale University from 1979 to 1986, and joined the Mathematics Department at UCLA in 1986. He served as Department Chair from 1997 to 2000. In that capacity, he led the proposal to establish the Institute for Pure and Applied Mathematics at UCLA -- the only new NSF-funded national math institute at that time, and served as its director from 2000 to 2001.

Dr. Chan has over 200 research publications, has won two best paper awards from IEEE and is one of the top 300 most-cited mathematicians in the world according to isihighlycited.com. He has supervised over 25 Ph.D. students and 15 post-doctoral fellows. Besides NSF, his research is currently funded by the Office of Naval Research and the National Institutes of Health.

He is also co-director of UCLA's NIH Center for Computational Biology.