International Polar Year Funds Research and Exploration by Teachers, Students and the Public 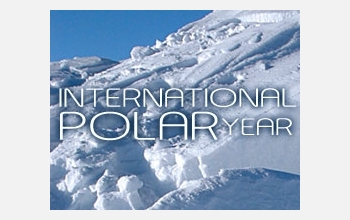 People worldwide now have the once-in-a-lifetime opportunity to research and explore the Arctic and Antarctic regions through the International Polar Year (IPY), which begins in March 2007. More than 100 countries will undertake projects involving students, teachers and the public to increase understanding of the Earth's polar regions. The aim is to create an indelible impression on future scientists, engineers, and educators and a lasting legacy of science.

The National Science Foundation (NSF) announces nine projects funded to create a variety of educational programming, materials, multimedia, presentations and field experiences to engage the public during IPY--a concerted, worldwide scientific research effort to advance understanding about the effects of Earth's remote polar regions on global climate systems; to bring about fundamental advances in many areas of science; and to inspire men and women to pursue careers in science and engineering.

IPY 2007 is a history-making event that builds on three previous international science years, IPY 1882, IPY 1932, and the International Geophysical Year in 1957, which changed the face of modern geoscience. IPY 2007 will take place over two calendar years to allow researchers to conduct two annual observing cycles in each polar region.

The White House Office of Science and Technology Policy has identified NSF as the lead federal agency for coordinating U.S. IPY activities.

NSF Director Arden Bement noted that the new education grants, as part of larger portfolio of NSF science and education initiatives for IPY, will not only stimulate interest in the important federally funded polar research occurring during IPY, they will also help achieve an important IPY goal: leaving a scientific and education legacy for future generations.

"This effort has the potential to create a legacy for decades, one that will benefit the nation as well as the science and engineering community more specifically," Bement said. "By linking the public's fascination with things polar to outreach that conveys the excitement of research and discovery, we can attract a new generation of Americans into science and engineering careers while contributing to a better-informed public."

Through a cooperative effort of its Office of Polar Programs and its Education and Human Resources directorate, NSF funded nine projects, totaling $5.7 million, to support informal education projects--those that primarily involve science museums, television broadcast, radio and other media--and formal education from kindergarten through graduate school.

Institutions from El Paso, Texas to Fairbanks, Alaska will use the grants for such diverse purposes as taking graduate and undergraduate students to Antarctica where they will learn about and conduct polar research, to build experiences that lead them to careers in science, engineering and mathematics, to projects featuring polar researchers in science centers across North America.

The grants also support radio, television, Internet and podcast features, museum exhibits, live broadcasts from research vessels and stations at the poles, and provide opportunities for classroom teachers to conduct field research in the Arctic and Antarctic and bring real science to their schools and communities.

During the two years of IPY, public audiences of all ages, through formal or informal education venues, will have the opportunity to join the excitement. Whereas the 1957 IPY took place before the world's first satellite was launched, IPY 2007-2009 takes place at a time when direct communication via satellite and other technological advances make it possible to include a worldwide audience in real time to witness discoveries and share in the research endeavor.

While the United States will participate prominently in IPY research and education, NSF encourages students, teachers, the media and others to join in IPY events and share the global enthusiasm during this extraordinary opportunity.

A list of the grantees and their projects follows.

Principal investigator: J. Michael Farrell, University of Nebraska-Lincoln The project's goal is to increase public awareness and understanding of Antarctic geological research and discovery by producing an episode of the public television series NOVA that will feature the Antarctic Drilling Project (ANDRILL), complemented by multi-faceted outreach.The program will air on the Public Broadcasting Service in the fall of 2008.

Principal investigator: Geoffrey Haines-Stiles, Geoffrey Haines-Stiles Productions Polar-Palooza will take scientists and multimedia presentations on a national tour of science centers, museums, libraries and schools across North America, including Canada and Mexico, under the title Stories from a Changing Planet. High-definition video taped on location at the poles, audio and video podcasts, and special-education and outreach activities for targeted audiences will augment the live presentations. Stories from a Changing Planet will provide diverse audiences with an opportunity to meet and interact directly with polar experts, and to appreciate why the poles and research done relate directly to their lives.

Live from the Poles: A Multimedia Educational Experience

Principal investigators: Christopher Linder, Woods Hole Oceanographic Institution, and Paul Fontaine, Museum of Science Boston The project brings together science centers, polar researchers and broadcast media to expose the general public, teachers and students to the stories of four polar research expeditions. Features will focus on important research themes of IPY through current projects in the Arctic and Antarctic.

Principal investigator: Moira Rankin, Soundprint Media Center, Inc This project will use multi-part radio documentaries, short radio features, and an audio and educational clearinghouse and related educational Web site on scientific research in the polar regions to reach a broad public audience. There will be at least four 30-minute documentaries per year and 40 to 50 shorter features during IPY. The programs will be produced and broadcast by National Public Radio, the British Broadcasting Corp., Australian Broadcasting Corp., Deustche-Welle, and Radio New Zealand.

Principal investigator: Lawrence Duffy, University of Alaska Fairbanks Science Education for New Civic Engagements and Responsibilities (SENCER) is an approach to undergraduate course development supported by NSF. The university's Department of Chemistry and Biochemistry, the Honors Program, Alaskan Native Science and Engineering Program, and Environmental Quality Engineering program will use the SENCER model to create the course "Environmental Radioactivity, Stewardship and People in the North".

Principal investigator: Craig Tweedie, University of Texas El Paso This project focuses on involving minority students in polar research to support their pursuit of careers in science. Fifteen undergraduates, five graduate students and five high-school science teachers will be selected nation-wide to participate a 3-week expedition from Tierra del Fuego to Antarctica. The participants will learn about the Antarctic system, Antarctic research, exploration and history, and conduct research projects of their own design in collaboration with the onboard team of researchers and mentors.

Principal Investigators: Susan Weiler, Whitman College, and Sheldon Drobot, University of Colorado, Boulder The Next Generation Polar Research Symposium will bring together past, current, and "new" polar investigators from diverse natural- and social-science disciplines to cultivate cross-disciplinary interactions during IPY. The purpose is to provide the new generation with a common sense of history and purpose, increase their understanding of each others' work, give them insights for conveying the essence of polar regions and their particular research beyond academia, and promote connections among researchers during IPY and in the years ahead.

Principal Investigator: Wendy Warnick, Arctic Consortium of the U.S. For three years, Polar TREC will send teachers to the Arctic and Antarctic as members of research teams for professional enhancement through hands-on experiences that will advance polar-science education by bringing together K-12 educators and polar researchers. Building on the existing model (http://www.arcus.org/TREC/index.php), 36 teachers will spend 2 to 6 weeks in the Arctic or Antarctic studying a topic relevant to IPY, with "Live from IPY" calls, Internet presentations, and podcasts from the field, daily teacher journals, interactive bulletin boards, photo galleries, online multimedia learning resources and activities, and participation in CARE (Connecting Arctic/Antarctic Researchers and Educators) Web meetings to translate field experiences into the classroom and beyond.

Principal Investigator: Theodore Sicker, WGBH Education Foundation This project will develop existing resources associated with IPY 2007 into classroom resources, leveraging the inherent appeal of the polar regions to teach related science issues and their relevance to the Earth system. This initiative builds upon and expands the power, scope, and established user base of WGBH's Teachers' Domain (www.teachersdomain.org), a featured portal in the National Science Digital Library. WGBH will develop a "Polar Sciences" special collection of 20 rich-media resources, along with a lesson plan that integrates these resources and addresses curricular needs at middle- and high-school grade levels.