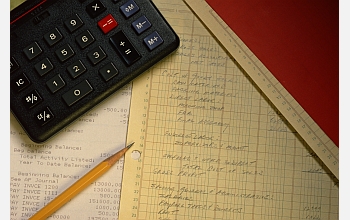 The Bureau of Economic Analysis used NSF data to determine the impact of R&D on the economy.

New calculations from the U.S. Bureau of Economic Analysis (BEA) suggest research and development (R&D) accounted for a substantial share of the resurgence in U.S. economic growth in recent years. Using data from the National Science Foundation's (NSF) annual surveys of government, academic, industry and non-profit R&D expenditures, the bureau determined R&D contributed 6.5 percent to economic growth between 1995 and 2002.

Some 40 percent of the nation's productivity and growth is unaccounted for in the gross domestic product (GDP), according to BEA Director Steve Landefeld. That's mainly because reliable data in some economic sectors simply don't exist.

NSF and agencies in many other nations collect extensive R&D expenditure data because R&D is vital to economic growth and social welfare, and often results in unimagined benefits. Indeed, the resources organizations devote to R&D influence both economic growth and international competitiveness.

In 2004, NSF's Division of Science Resources Statistics (SRS) enter into a multi-year agreement with BEA to use data from R&D expenditure surveys SRS routinely collects to produce an R&D "satellite account" -a supplemental set of data that can be factored into economic measurements--to determine the impact of R&D spending by various organizations on U.S. growth and productivity.

Satellite accounts do not change official national accounts, including GDP. But they can provide greater detail that allows analysis of a particular aspect of the economy, such as investment in R&D. BEA has set up satellite accounts for travel and tourism, and transportation.

BEA analysts determined the impact of R&D if considered an investment or asset instead of an expense, because the investments often show a return years later in the form of marketable products or services. According to BEA, if R&D were included in the GDP as an investment, business investment would be $178 billion higher than without it.

SRS designs, supports, and directs about 11 periodic surveys as well as a variety of other data collections and research projects. These activities yield the materials for researchers to compile, analyze, and disseminate quantitative information about domestic and international resources devoted to science, engineering, and technology, including education and employment in those areas.

The R&D expenditure data used to establish the satellite account were obtained from several SRS surveys, including a survey of approximately 32,000 industrial firms, a survey of 650 academic institutions, and a census of all federal government agencies that fund or perform R&D. Survey response rates ranged from about 85 percent for industry to 95 percent for academia and 100 percent for government.

R&D expenditure data most directly measures how much the government, companies, universities and private organizations choose to spend on R&D projects rather than on some other activity. NSF publishes R&D data to facilitate useful analyses of the nation's economic and social conditions that ultimately lead to better-informed decision making.

According to Landefeld, R&D will likely not be officially incorporated into GDP estimates until around 2013. Meanwhile, NSF is refining its data collection to more easily align with GDP and will continue to fund BEA to develop the R&D satellite account.

A full report on the preliminary estimates of the R&D satellite account is available online at http://www.bea.gov/bea/newsrelarchive/2006/rdspend06.htm.

The BEA news release is posted at http://www.bea.gov/bea/newsrelarchive/2006/rdspend06.htm.