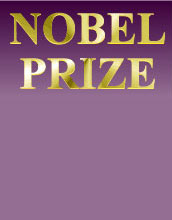 On behalf of the National Science Foundation, I congratulate the 2006 Nobel laureates in science on their remarkable achievements. This year's laureates represent the diverse range of American expertise and a deep commitment to scientific discovery. NSF is especially pleased to have funded this year's winners in physics and economics.

The Nobel Prize in Physics for 2006 was awarded jointly to John C. Mather and George F. Smoot for their studies of the infant universe and contributions to a better understanding of the origin of stars and galaxies. Using the Cosmic Background Explorer satellite launched by NASA in 1989, they analyzed cosmic microwave background radiation, which is a relic of the "big bang." Detection of extremely small variations in the temperature of the radiation offered a clue to the distribution of matter in the early universe. NSF supported Smoot's research for more than 20 years.

The Nobel Prize in Economics for 2006 was awarded to Edmund S. Phelps for his work that challenged the prevailing view of the relationship between inflation and unemployment represented by the Phillips curve. His research led to a better understanding of the short-term and long-term effects of economic policy. The Columbia University professor received a number of NSF research grants in the 1970s and 1980s.

Established "to promote the progress of science," NSF supports fundamental research in many disciplines. Since 1950, Nobel Prizes have been awarded to about 170 U.S. and U.S.-based researchers supported by NSF grants at some point in their careers.

Most laureates devote decades to their research before it is recognized. Americans can be proud of the dedication and innovation these pioneers bring to science.

A complete list of NSF-funded Nobel Prize winners through 2006 is posted at http://www.nsf.gov/news/news_summ.jsp?cntn_id=100683.