Discovery could have impact on future medical treatments 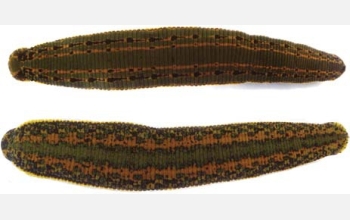 Genetic research has revealed that commercially available medicinal leeches used around the world in biomedical research and postoperative care have been misclassified for centuries. Until now, the leeches were assumed to be the species Hirudo medicinalis, but new research reveals they are actually a closely related but genetically distinct species, Hirudo verbana.

The study also shows that wild European medicinal leeches are at least three distinct species, not one. The results appear in the April 10, 2007, online version of the journal Proceedings of the Royal Society B.

"This raises the tantalizing prospect of three times the number of anticoagulants, and three times as many biomedically important developments in areas like protease inhibitors," said Mark Siddall of the American Museum of Natural History, who led the research team. "However, it will also require a better effort to conserve these much-maligned animals, in a way that takes into account their impressive diversity."

While Hirudo medicinalis was approved by the U.S. Food and Drug Administration (FDA) in 2004, for use as a prescription medical device that helps restore blood flow following cosmetic and reconstructive surgery, Hirudo verbana has not been approved by the FDA and has no special conservation status.

"This study is a great example of why the field of taxonomy [the science of classification of organisms] is so important," said Patrick Herendeen, program director in the National Science Foundation (NSF) Division of Environmental Biology, which funded the research. "Taxonomists have been studying the diversity of life on Earth for hundreds of years. In this case, the discovery of previously unknown species diversity has very significant legal and commercial implications."

Since the time of Hippocrates and long before Carolus Linnaeus first described Hirudo medicinalis in 1758, medicinal leeches have been used in a variety of medical treatments--some legitimate, many not. Demand for leeches in 19th-century Europe grew so intense that efforts to protect them led to the some of the earliest legislative efforts at biological conservation.

Leeches are still afforded protection by the World Conservation Union (IUCN) and are regulated by the Convention on International Trade in Endangered Species (CITES), the Berne Convention, and the European Union Habitat Directive.

Commercially available European medicinal leeches also are used extensively by biomedical researchers studying biological processes such as blood coagulation, developmental genetics and neurobiology. Studies of commercial specimens have figured prominently in the discovery and production of anticoagulants and protease inhibitors, some of which may have cancer-fighting properties.

That researchers have been mistakenly using Hirudo verbana in their work for decades may call much of this research, including hundreds of scientific publications, into question and force a reconsideration of what scientists think they know about this widely studied species.

Siddall and his colleagues examined mitochondrial and nuclear DNA of wild leeches from across their range in Europe, as well as from samples supplied by commercial providers and university laboratories that use leeches as model organisms.

Their analysis clearly showed that the commercial and laboratory specimens were not Hirudo medicinalis, as they were labeled, but Hirudo verbana. In addition, the work showed that the specimens of wild European medicinal leeches clearly comprised three genetically distinct species.

Other scientists involved in the study include Peter Trontelj from the University of Ljublajana in Slovenia, Serge Utevsky from the V. N. Karazin Kharkiv National University in Ukraine, Tripp Macdonald of Rutgers University, and an undergraduate student from the City University of New York, Mary Nkamany.

In addition to NSF, the research was supported by grants from the Richard Lounsbery Foundation, the Slovenian Research Agency, and INTAS.